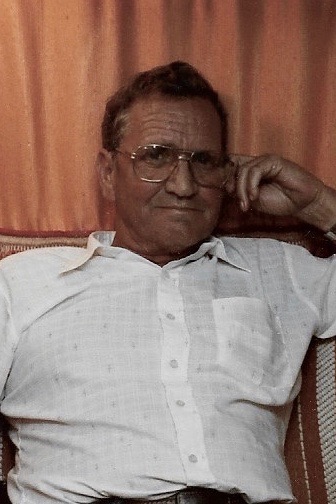 George’s ambition and ample skill set provided him the opportunity to work in many business arenas. He owned George Monroe Trucking and Hay Service and worked in the oilfield providing winch truck services followed by several years of oilfield consulting. George owned Monroe Crane Service when he and Donna ventured to California for a time. Upon their return to Powell, George was a successful business owner for many years owning both the K-Bar and Clyde’s Bar.

George was preceded in death by his wife Donna, his mother and father, and sisters Jane Ramsey and Alene Ketchum. There will be no services as per George’s wishes. Condolences may be sent to the family online at www.thompsonfuneral.net or to P.O. Box 807, Powell WY 82435

To send flowers to the family in memory of George Cecil Monroe, please visit our flower store.
Send a Sympathy Card