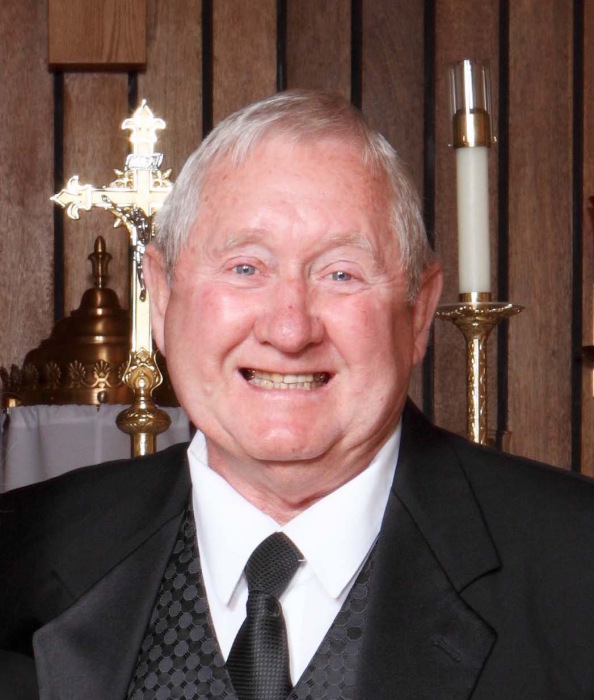 George David Ribble, husband and father, passed away December 7, 2020, surrounded by his family. George was born December 23, 1939, to George Joshua and Rose (Bosch) Ribblein Worland on the family farm where he grew up and graduated from Worland High School.

Family was important to George; he married Judy Stefanowichon December 28, 1963. In marriage, he was a devoted son-in-law. Together Judy and George, Ruth and Joe Stefanowichtraveled the United States. After George graduated from the University of Wyoming, the young couple moved to Sheridan, where their three children, David, Stefanie, and Darci were born. His family celebrates the life of this good and faithful man.

Education was to be a big part of George’s life. He graduated from Northwest Community College and the University of Wyoming, and his first teaching position was at Central Junior High in Sheridan, Wyoming. He continued his education, earning a Master of Educational Administration in 1974. George was a principal in Big Horn, Kemmerer, and in Powell, Wyoming. George served Park County School District No 1 as a middle school principal, assistant superintendent in charge of curriculum, budget, transportation, and technology before his retirement in 1996. He was a Powell Panther and a Northwest College Trapper at heart and was found in the bleachers cheering enthusiastically.

George served in many ways, leaving the world a better place. He was a leader, a member of the Knights of Columbus, Lions Club, Northwest College Foundation, and NWC Alumni Association. He was an excellent educator and awarded teacher of the year, a member of Phi Delta Kappa, and served as President of the Wyoming Association of Classroom Teachers. He served Wyoming in the National Guard for over 30 years, retiring in 1999 at the rank of Lieutenant Colonel. His time in the guard demonstrated his of love of country and his dedication to his family.

George was a faithful member of Saint Barbara’s Catholic Church and served as a Lector and Eucharistic Minister, and his love was music. He was a talented vocal and instrumental musician with a beautiful baritone voice. He gifted his love of music to his children.

The Christian Vigil will be Tuesday, December 8 at 6 pm, and Funeral Mass will be held Wednesday, December 9 at 10 am at Saint Barbara’s Catholic Church in Powell, Wyoming, with interment at Riverside Cemetery in Worland, Wyoming at 2 pm.

To send flowers to the family in memory of George David Ribble, please visit our flower store.
Send a Sympathy Card