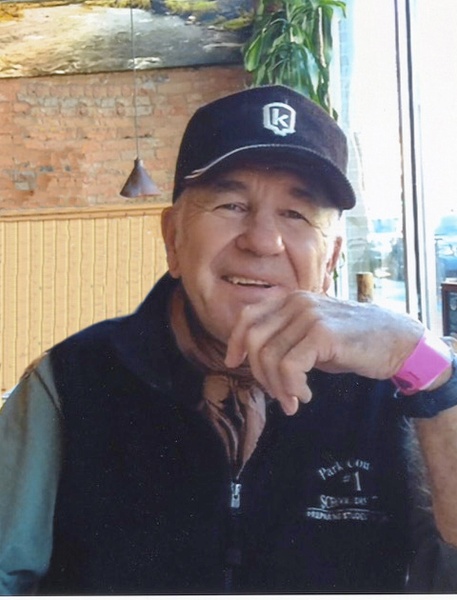 Gerald “Gerry” Danko, 78, of Powell, Wyoming, passed away with his family by his side on July 3, 2019. Gerry was born on May 28, 1941 in Selkirk, Manitoba, Canada to Joseph and Mildred (Luchkow) Danko. He was the youngest of three brothers.
Gerry graduated from Winnipeg Technical Vocational (Tec-Voc) High School where he was an exceptional athlete. Gerry excelled at football, wrestling, track and field, and was a golden gloves boxer. He was named the Tec-Voc athlete of the year in 1958. Gerry received a scholarship to play football and wrestle at the University of North Dakota where he also played club hockey. He graduated from UND in 1963 with a Bachelor’s of Science in Physical Education and Coaching.
On August 29, 1964, Gerry married Carolyn Ann Feldner in Bismarck, North Dakota. Together they started their teaching careers. Gerry taught and coached football and tennis in Derby, Kansas and Pine Bluffs, Wyoming. Later he was a guidance counselor at East High School in Cheyenne before starting graduate studies at the University of Wyoming.
Gerry received his Master’s of Science in Psychology and Guidance from UW in 1968. In 1969 he accepted a position at Northwest Community College in Powell, Wyoming as an instructor of psychology and counseling and became the college’s first wrestling coach. He continued to teach and coach. In 1977, he returned to his roots and became a full-time farmer, growing beans, barley, and hay. Gerry ‘retired’ from farming in 2012, though he continued haying and to maintain a large garden.
Gerry was an active member of the community, serving as President of the Heart Mountain Irrigation District for many years and was on the Park County Planning and Zoning Board. He was a member of the Elks and the Shoshone Backcountry Horsemen. Gerry was also an involved member of Hope Lutheran Church.
Gerry had a passion for horsemanship and enjoyed raising, riding, and packing horses, as well as team roping. He loved both alpine and water skiing. He and Carolyn traveled often and scuba dived together for many years. He devoted much time and effort to his 20 acres of hay, winning multiple local, state and national awards. Gerry was also an avid elk and antelope hunter.
Gerry was preceded in death by his parents, Joseph and Mildred Danko. He is survived by his wife of 54 years, Carolyn Danko, his two sons, Michael of Sheridan, WY and Carl (Emilie) of Killeen, TX; his three grandchildren, Abel, Anya and Alice; brothers Joseph (Marion) of San Jose, CA and Dennis (Frances) of San Jose, CA; brother in law, William (Karna) Feldner of Prior Lake, MN; and many nieces and nephews.
Visitation will be on July 7, 2019 from 6-7:30pm at Thompson Funeral Home in Powell, WY. Memorial Services will be on July 8, 2019 at 1:30pm at Hope Lutheran Church in Powell, WY. Burial will be at Crown Hill Cemetery in Powell, WY. Memorials can be made in Gerry’s honor to Northwest College Foundation (Wrestling Scholarship).

To send flowers to the family in memory of Gerald Allan Danko, please visit our flower store.