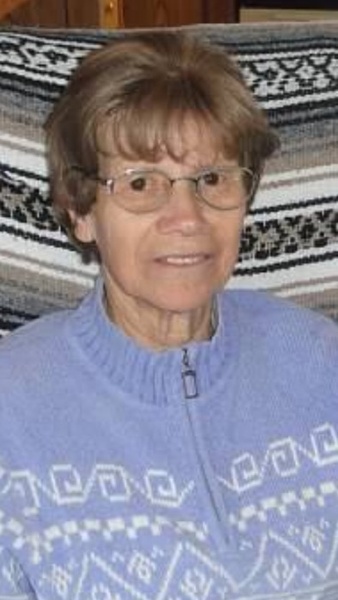 Grace Carrizales, 83, passed away peacefully on 11 March 2019 at Special Care Unit in the Long-Term Care Center at Cody, Wyoming.  Grace passed on to be with the love of her life, her husband, Felix Carrizales.

Grace was born on the 2nd of October 1935 in Mission, Texas to Jose Ramos and Cesaria Garza.

In 1950, the same year that the Carrizales family- Esteban & Camila (Garcia) Carrizales came from Texas, so did the Ramos family- Jose & Eloisa (Ochoa) Ramos. Felix met Grace Ramos while her family was working for Roland Earhart. The couple was married three years later on 12 August 1953 in Powell, Wyoming.

Grace was the inner strength of our family and was always tending to our needs. She showed unconditional love to her family and friends. She was remarkable and loving wife, daughter, sister, mother and grandmother. She could often be found in front of her stove diligently making tortilla after tortilla or in her garden tending to her beautiful marigolds, petunias, geraniums and pansies. Grace was diligent in all that she did. When she wasn’t cleaning or tidying up, she was cheering her grandkids on during their sports, school, and church events. One of the things we will remember about Grace is her great Faith in the Lord Jesus Christ. Her faith was one of the things that we have learned from her. We cherish and are so grateful for her for that love and faith.   Those close to her will be forever blessed by her generosity, kindness and love.  She was a great example of love and service. She will be dearly missed by all who knew her.

The Family would like to especially thank all who cared for Grace in the final years of her life, particularly the Special Care Unit in the Long Term Care Center in Cody, Wyoming.

Rosary will be recited at 6 p.m. on Friday evening March 15, 2019 at the St Barbara’s Catholic Church in Powell, Wyoming. The viewing will be from 4:00- 5:30 pm prior to the Rosary. The mass of the Christian Burial will be Saturday, March 16, 2019 at 2 pm at St. Barbara’s Church. Interment will follow at the Crown Hill Cemetery.

To send flowers to the family in memory of Grace Carrizales, please visit our flower store.