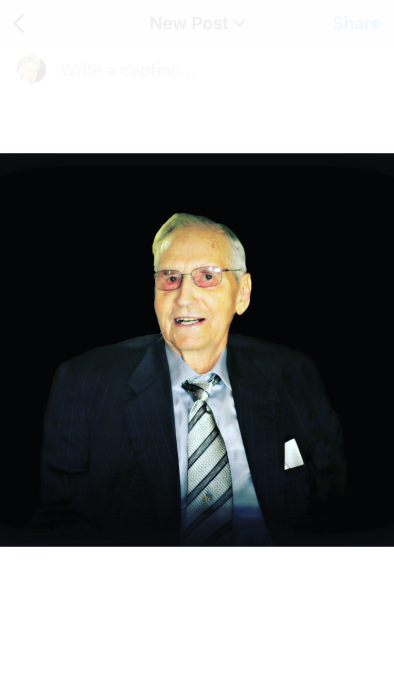 In March 1928, Grady Edwin Ivy was born in Decatur, Mississippi.  Eighty-nine years later on July 28,2017 Grady passed away at the Spirit Mountain Hospice in Cody.  Grady and his wife of 63 years, Nada who passed away in 2014, have three children who survived them – Mike, Bev and Becky.  He was a wonderful and loving grandfather to 8 grandchildren and 7 great-grandchildren.

Grady came from a large family – the youngest boy of 12 bothers and sisters.  He grew up in rural Mississippi on a small family farm during the Great Depression where hard work and getting bv without a lot was just part of daily life. At the age of sixteen he left home to start working -  much to the dismay of his mother who was already worried about Grady's older brothers serving in WWII. In 1946 he joined the Army Air Force and served for two years during the Allied occupation in the Pacific.  He reached the rank of sergeant during his service.

After marrying in 1951, Grady and Nada moved around the southern US working in oil exploration. In 1959 he was transferred to Powell to work at the Elk Basin Gas Plant.  This was his first job working in a gas processing facility but he loved the work and quickly progressed.  In six years he was in charge of the Elk Basin Plant – a job he would hold until his retirement in 1986.  Grady was very dedicated to his work and to Amoco.  He was well known for working long hours and weekends.  Grady worked hard but he loved Powell and the Big Horn Basin.  He found time for boating at Yellowtail, snowmobiling in Yellowstone and working on the cars of everyone in the family.

Grady's first grandchild was born in 1978 – this was an event that changed Grady.  Grady suddenly seemed to realize that there was more to life than working.  He spent lot's of time with all his grandchildren - there was nothing that Granddad would not do for the grand kids.  If they wanted to go to the park and swing he would go and spend as much time as they wanted.  He never seemed to say no to anything they wanted to do – which was not always a great idea when they wanted to drive the car or a snowmobile at age eight.

Grady and Nada loved the people of Powell and loved living in the Big Horn Basin.  Although they both came from the south, Powell was home – a home they will now never leave.  To all the people who shared their lives – thank you for a being a friend, co-worker or neighbor.

Memorial donations may be made to the Spirit Mountain Hospice, Cody Wy

To send flowers to the family in memory of Grady Edwin Ivy, please visit our flower store.
Send a Sympathy Card