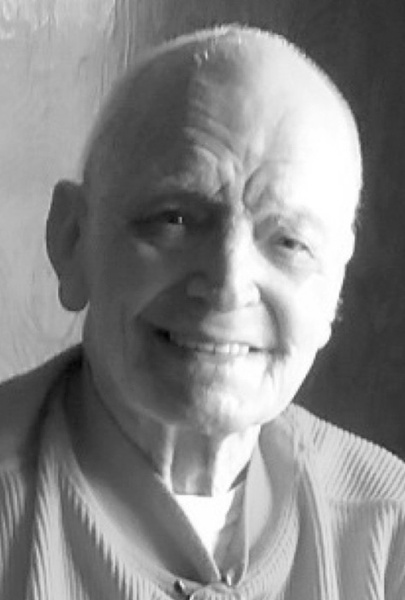 Harlan Laurence Meredith
(Sept. 3, 1926 - March 11, 2018)
Harlan Meredith was born to Herbert Russell Meredith and Alice Meredith, he had one other brother.
Harlan joined the Navy and served from 1944-1947. After the service he went to college and studied mechanical engineering. While in college, he met and then married Jean Judisch. They were blessed with three children — two sons, Greg and Brad, and a daughter, Shari, who passed away shortly after birth.
Harlan worked in the Aero Space Industry as a mechanical welding engineer until his retirement.
Harlan loved to camp and fish! He would take the family on camping trips and every couple of years they would go and visit Jean’s family on their ranches in Montana.
After his wife Jean passed away in 1997, Harlan lived by himself in Orange, California, until his move to Powell, in August 2017 to live with his son Brad and family, due to his failing health. Harlan lived a short peaceful life in Powell until his passing. He always said he was very thankful to have his family take care of him.
Harlan was preceded in death by his daughter Shari, son Greg and wife Jean.
Harlan is survived by his son Brad and daughter-in-law Barbara of Powell, and two grandchildren, Jessica Meredith (Connour) of Kentucky and Zachary Meredith of Powell.
Cremation has taken place.

To send flowers to the family in memory of Harlan L Meredith, please visit our flower store.