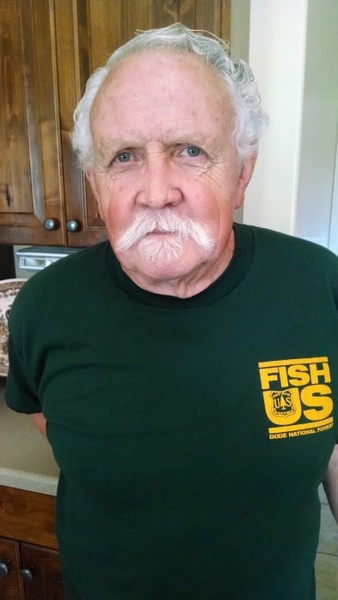 Harold (Hal or Bush) Bushnell, 70, passed away on January 26 , 2018 in Cody, Wyoming surrounded by his loved ones. He was a beloved husband, dad, grandpa, teacher, and friend.

Bush was born in Powell, Wyoming on July 28, 1947 to Willis and Laura Bushnell. After living a few years under the open Wyoming sky, his family moved to California where Bush spent the majority of his youth. He graduated from National City High School a star football player and class clown.  He started his career in communications in 1964.

He met the love of his life, Barbara Schwartz, in 1965 and were married in November 1966.  After they married, they moved to Utah where they raised three children whom he adored.  In 1985 his life changed when he received Jesus as Lord and Saviour.  He and Barbara had another life changing event when they were blessed with the adoption of two grandchildren.  In 2001, he retired from Qwest communications.

He loved the wild west and shared that love with his family, returning to Wyoming later in life.

Bush was a natural storyteller; we all loved to listen when he told stories of his fishing trips, his high school days, his time as a mountain man, and his many adventures with family.  Ready with a joke at the drop of a hat, he found joy in making those around him laugh. There was never a dull moment with Bush. Of all the many chapters in his life, his greatest accomplishments were his beautiful wife, his children, and his grandchildren. He was endlessly proud of all of them and called them his wealth.

His example will continue to be an inspiration. Bush taught us to live each day purposefully  walking with the Lord, making family a priority, finding joy in all things, laughing often, and loving one another.

There will not be a funeral or viewing, but Bush and the family request that friends and loved ones celebrate his life and the Hope of Salvation he found in Jesus.

Donations in memory of Bush can be made to the Spirit Mtn. Hospice House, 808 Canyon View Drive, Cody Wy 82414.

To send flowers to the family in memory of Harold Bushnell, please visit our flower store.