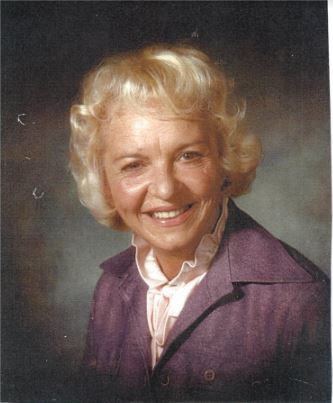 Hazel June Bjornestad passed away on Friday, November 15, 2019, at Powell Valley Care Center surrounded by her loved ones.  She had just turned 87 years old.  Hazel was born in Nevada, Missouri on November 11, 1932, to Clara and Roy Slater.  The family later moved to Wyoming.  Hazel graduated from Thermopolis High School.

After high school, Hazel married Bernard Bjornestad.  Together they worked on their farm in the Heart Mountain area.  They had three children.  They later divorced but remained lifelong friends.

Hazel moved to Montana where she worked as a bookkeeper and a printer's assistant.  After she retired, she moved back to Powell, Wyoming.  Throughout her life, she enjoyed fishing, painting, reading, sewing, bowling, golf, and horseback riding.  She also enjoyed gardening and growing house plants.  She was interested in aviation, and even took lessons toward earning her pilot's license.

Throughout her life, Hazel was involved in many clubs.  She was a member of the Elks and Eagles.  She was also very involved in 4-H.  She was an avid card player and played Bridge up until she passed away.

Services will be held on Wednesday, November 20 at Thompson Funeral Home.  Viewing will begin at 10:00 am with services starting at 11:00 am.  Internment will follow at Crown Hill Cemetery.

Memorials can be sent to The American Cancer Society.

Thompson Funeral Home is assisting the family with arrangements,

Condolences can  be sent to the family online at www.thompsonfuneral.net or to P.O. Box 807, Powell WY 82435.

To send flowers to the family in memory of Hazel June Bjornestad, please visit our flower store.
Send a Sympathy Card