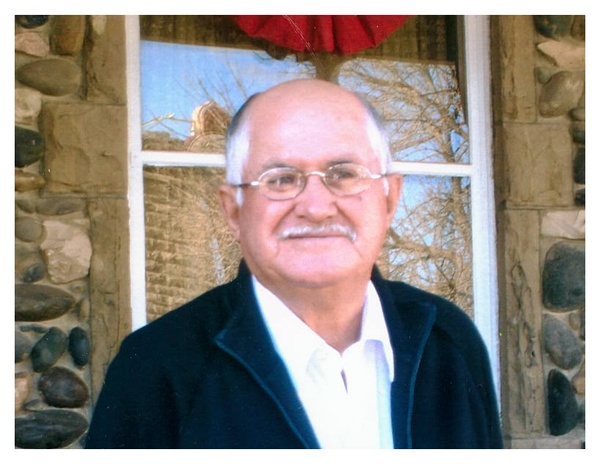 Hector Manuel Ibarra Barbeitia was born on November 1, 1929, in El Fuerte, Mexico.  From humble beginnings in Mexico, Manuel immigrated to the U.S. with his beloved mother and brother, Blas, in 1944 at the age of 14.  They wove their way through several states working with seasonal crops, finally settling in Powell where he worked in farm operations.  He proudly became a U.S. citizen in 1969.

In 1951, he married Phyllis Hernandez who he loved unconditionally throughout their 65 years of marriage.  His devotion to and passion for Phyllis never wavered.

Manuel and Phyllis were blessed with eight children:  Irene, Mary Ellen, Blanche, Mario, Susan, Dian, Benco, and David.  Manuel’s life mission was as a provider for his children and wife.  To that end, he left farming to start a long career with Marathon Oil where his sense of pride and dedication to his work enabled him to complete tasks to near perfection.

Devoted to his Catholic faith, Manuel never missed a Mass.  Everyday ended with him sitting on the edge of his bed saying his nightly prayers and reading devotionals.  He and Phyllis shared their strong faith with their children.

As an avid fisherman, he was happy to bring home the largest trout he could to have a nice family dinner.  His children and grandchildren remember their first fishing experiences with Grandpa who taught them to hold a worm and to cast as far as they could.  He delighted in taking others to fish and in catching as many fish as possible.  Manuel also enjoyed gardening, producing an abundance of vegetables he shared with many.

Memorial donations may be made to St. Barbara’s Catholic Church.

To send flowers to the family in memory of Hector "Manny" Ibarra, please visit our flower store.