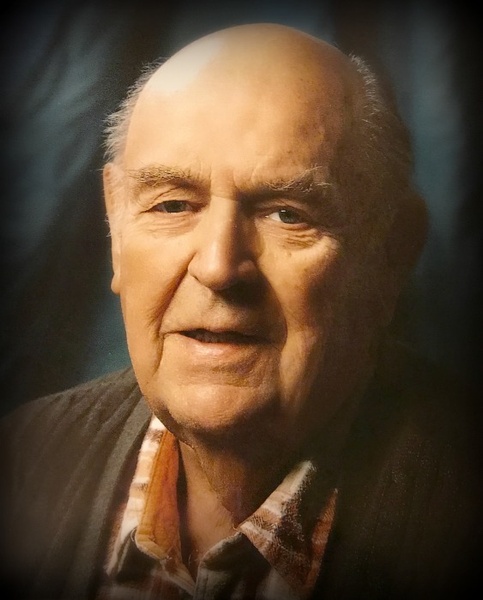 Jack had been living in Loveland, Colorado, since May 2017 to be near his family. Born Aug. 14, 1924, in Hamburg, Iowa, Jack lived his childhood and early adulthood years in Tarkio, Missouri, on the Logan family farm raising corn and cattle during The Great Depression.

He was preceded in death by sister Marjorie Goacher and brother Marlin Logan.

Jack lived an “extraordinary life” of 93 years touching untold number of lives across the country through his work and friendship. Jack attended college at the University of Missouri before joining the Army in 1944 and serving in WWII. Military service was one of Jack’s proudest life achievements and contributions, fighting for the freedom of the United States in front line combat duty in the European theater in France, Germany, Austria, and Italy including the Battle of the Bulge. Jack was in the 103rd Infantry AKA Cactus Division. Upon his honorable military discharge in 1946, Jack started his lifelong career in major construction, which led him from border to border and coast to coast of the U.S. One of his early work projects brought him to Powell, in 1949, where he was destined to meet his best friend, lifelong love and soul mate Alfrieda Hartman of Powell. They celebrated 38 wonderful years of marriage together before her untimely passing in May 1985. Jack and Alfrieda called Powell home base for many years as they moved to numerous cities across the great country of the U.S. as Jack worked and managed many major construction projects.

Jack was preceded in death by his eldest grandson Brandon Sanders (Machado) who passed away February 2017. Jack has five great-grandchildren: Donovan Logan, Jaxon Logan, Jacob Logan, Jameson Logan and Henry Ford. Jack is also survived by many nieces and nephews. Jack enjoyed traveling, camping, hunting, and fishing. He was an avid Dallas Cowboys football fan and St. Louis Cardinals baseball follower. He spent much of his time reading and telling his life stories. He regularly attended the Powell Senior Center before moving to Colorado, making many friends over the years.

A celebration for Jack’s life will be held at 1 p.m. on Saturday, Jan. 20, 2018, at Thompson Funeral Home, 111 W. 3rd St. in Powell. Viewing will be from noon-12:45 p.m. Burial will immediately follow services at Crown Hill Cemetery with a reception at The Commons located at 135 N. Bent. All are welcome to attend to celebrate the life of Jack L. Logan.

To send flowers to the family in memory of Jack Logan, please visit our flower store.
Send a Sympathy Card