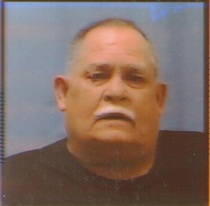 Jack David Nazer, 65, of Powell, died Saturday, Jan. 23, 2016, at St. Vincent Healthcare in Billings.
He was born May 29, 1950 in Powell, to Isabelle (Hudson) and John C. "Jack" Nazer.
Jack served in the U.S. Army from 1967-72, and was a Vietnam veteran. He worked in the oilfields, was a mechanic, and over the road truck driver.
The happiest time of his life was hauling big rigs "in the patch." He liked working on anything outside. Jack's favorite time of year was winter and he liked the color blue.
His adventurous travels were great and they took him far, but always led him home to the Big Horn Basin. His favorite place was the Big Horn Mountains, especially Shell Falls.
Jack's greatest joys were spending time with family. He enjoyed good times with good friends.
Jack was preceded in death by his parents, sister Mary Sue and "Dad" Otie Craig.
Jack is survived by his sons Justin Davis of Helena, Montana and Jack Nazer of Michigan; daughter Jennifer Bland of Michigan; and a grandson Kyler Davis of Helena.
He also is survived by brothers Bert M. (Nancy Jo) Nazer of Powell, Johnny Ray Howard of California, Ralph (JoAnn) Craig of Michigan, Carl Wayne (Gaby) Duran of Texas; and sisters Janet Marie Nazer of Lovell, Rose (Paul) Defenbaugh of Michigan, Judy (Mike) Sierra of Michigan, Gladys (Dave) Prewitt of Michigan, Darling Craig of Michigan, Carol (Gary) Venier of Michigan and Betty Sowa of Michigan.
A memorial service with military honors will be held on Friday, Feb. 5, at 4 p.m. at Crown Hill Cemetery. A celebration of his life to be held afterwards at the American Legion in Powell.
Thompson Funeral Home assisted the family and condolences may be sent to the family at www.thompsonfuneral.net or P.O. Box 807, Powell, WY 82435.

To send flowers to the family in memory of Jack David Nazer, please visit our flower store.
Send a Sympathy Card