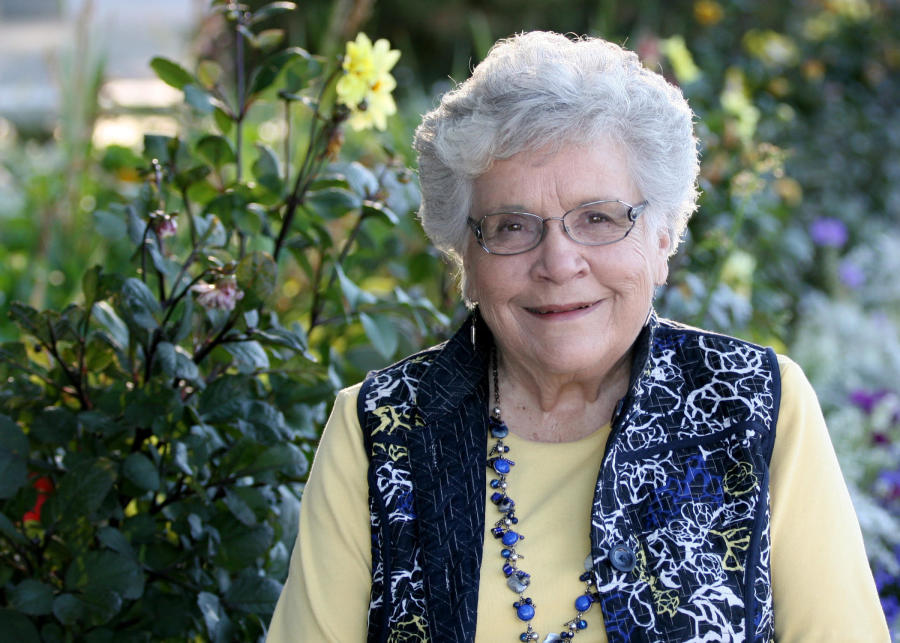 Jackie Louise Corbett Hecht, age 81, passed away on December 11, 2017, at her son’s home in Billings, Montana, after a courageous battle with pancreatic cancer.

Jackie was born on April 21, 1936 in Byron, Wyoming, to Jack and Loy Sessions Corbett.  She attended schools in Topeka, Kansas, Sidney, Nebraska, and Byron, Wyoming. She graduated from Byron High School in 1954.

By age 11, Jackie’s parents had both passed away under tragic circumstances, leaving Jackie and her siblings, Bertha and Jerry, to be raised by their older sister, Margaret, and her husband, Jim Wirth.

In 1954, Jackie married Robert “Bob” Hecht and they began their lives together in Fort Hood, Texas, where Bob was stationed in the Army.  In 1959 they moved to the Heart Mountain area of Powell, Wyoming, where they purchased property and farmed.

While farming, they also operated an auctioneering business until Bob’s death in 1991. Having gained a love of antiquing through the auction business, Jackie continued to do appraisals for many years. Jackie also worked at State Farm Insurance for several years.

Following Bob’s death, Jackie lived in Powell for many years where she enjoyed spending time with friends, attending concerts, plays and community events. She also liked to make trips to Billings to shop and see family. She was well known in Powell for her Snow Village collection, which she proudly displayed at Christmas. She loved floral arranging, poetry and cooking.

Jackie was a member of The Church of Jesus Christ of Latter-day Saints and spent many hours fulfilling various callings in the church. She found great joy in mentoring the youth and college students at Northwest Community College.

In 1999, Jackie became part of the Byron Memorial Park Committee. She was very passionate about this work, especially since her great-grandfather was the founder of Byron, WY. Her dreams of helping establish a beautiful park came to fruition through the efforts of this committee.

She was preceded in death by her parents, husband, and siblings Dorothy Wilkinson and Jerry Corbett.

Funeral services will be held on Thursday, December 21, 2017, at 10:00 am at The Church of Jesus Christ of Latter-day Saints chapel located on Avenue E in Powell, Wyoming. A viewing will be Wednesday evening from 6:00 – 7:30 pm at Thompson Funeral Home and one hour prior to services at the church. Interment will follow at the Crown Hill Cemetery.

Our thanks to the wonderful caregivers, family, and friends for their love and support.

To send flowers to the family in memory of Jackie Louise Hecht, please visit our flower store.
Send a Sympathy Card