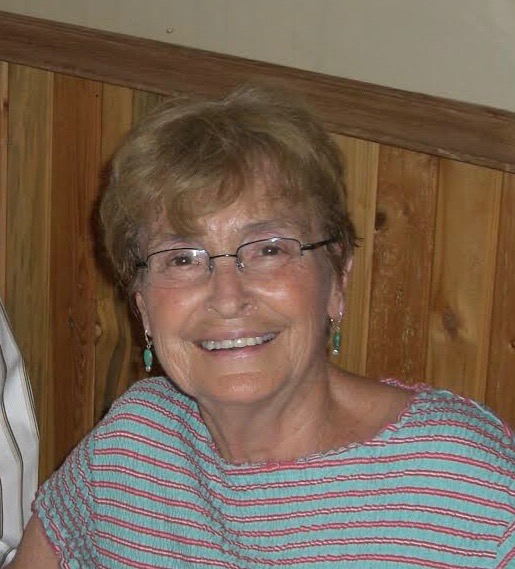 Jacqueline M. Payne was born July 21, 1932 as Ethel Mae Carlson.  As a young girl, she and her siblings were placed in the Casper orphan’s home where she was later adopted by E.M. “Red” and Vera Casey, who brought her to their home in Powell and gave her the name Jacqueline Merle Casey.  She attended Powell schools and graduated from Powell High School in 1950.  She attended Hastings College and the University of Wyoming, completing her Bachelor’s degree in Elementary Education.  She married Ray K Christensen of Powell, her high school sweetheart, and together they moved to Denver for Ray to complete medical school.  Jackie taught public school in Denver and gave birth to her first son, Casey Ray.  Following medical residency in Florida, the family returned to Powell and added sons Michael Alan and Kelly Eugene, and a daughter, Lisa Rene.  In November, 1978, Jacqueline lost her husband of 25 years to cancer.  In December, 1979, she married Powell High School teacher, Rodney L. Payne and together formed a beautiful blended family of nine.  Together, they traveled the world and spent lots of time with family and friends at both their Arizona and Wyoming homes.  Rod and Jackie were inseparable for nearly 37 years, when Rodney passed away, October 2016.

Jacqueline was an active member of the Union Presbyterian Church, teaching Sunday School, adult Bible study and playing with the Chesarek Bell Choir.  She was a long-time member in Fine Arts, and also helped establish the Powell Hospital Auxiliary, serving as its first president.

Jacqueline was 85 years old and living in the Powell Care Center at the time of her death on October 9, 2017.  She is preceded in death by her parents, E.M. & Vera Casey, her brother, Robert Casey, her first husband, Ray K Christensen, her second husband, Rodney L. Payne, a son, Casey and a step-son, Ron.  She is survived by her children, Michael (and Annette) Christensen of Cody, Kelly (and Mindy) Christensen of Powell, Lisa (and Doug) Pribyl of Goodyear, AZ, Linda Sudduth (and Marty) of Cody, and Derek (and Kim) Payne of Salt Lake City.  Jackie also had 14 grandchildren and 9 great grandchildren.

Funeral services will be held on October 14, 2017, at 11 am, Union Presbyterian Church.  Graveside will follow at Crown Hill Cemetery.

Memorial donations may be made to Powell Valley Care Center in care of Powell Medical Foundation.

To send flowers to the family in memory of Jacqueline M Payne, please visit our flower store.
Send a Sympathy Card