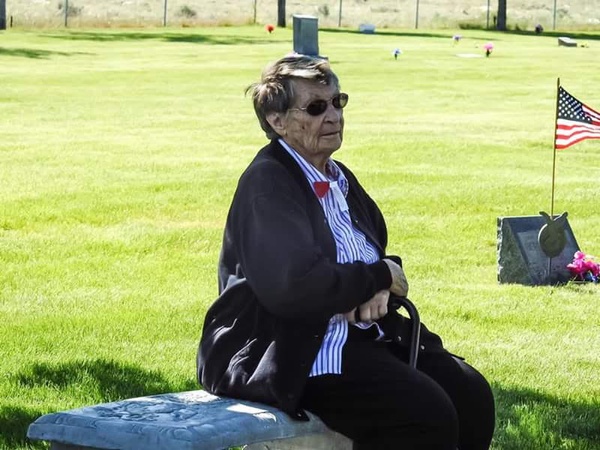 Jacqueline A. Tolman, a longtime resident of Clark, Wyoming, and a loving wife and mother, went to Heaven Tuesday morning, May 30, 2017. Jacqueline was born on February 13, 1931 to Lewis “Jack” Allemand and Helen B. Allemand (formerly Helen Bennett), and was raised on the family ranch north of Douglas, WY. There she acquired her love for horses. She graduated from NCHS, in Casper, and continued her education in Denton, TX.

Upon her return to WY, Jacqueline worked for Western Airlines. She married Richard Robert Hildebrand on January 1, 1957. Together they had two boys and a girl, who were raised on the family farm on the Platte River, west of Douglas. They lived there until Richard’s death on September 11, 1969, at which time she and the kids moved to Clark, WY.

On August 16, 1973, Jacqueline married Dr. Donald G. Tolman of Clark. For a short time they lived in Wisdom, MT where Don was working. They purchased a farm in Dillon, MT to be nearer to school and raise their rowdy kids. Finally, they were able to return to the family ranch in Clark.

In lieu of flower, please consider Jacqueline’s favorite charity, St. Jude’s Children’s Hospital or the charity of your choice.

To send flowers to the family in memory of Jacqueline A Tolman, please visit our flower store.