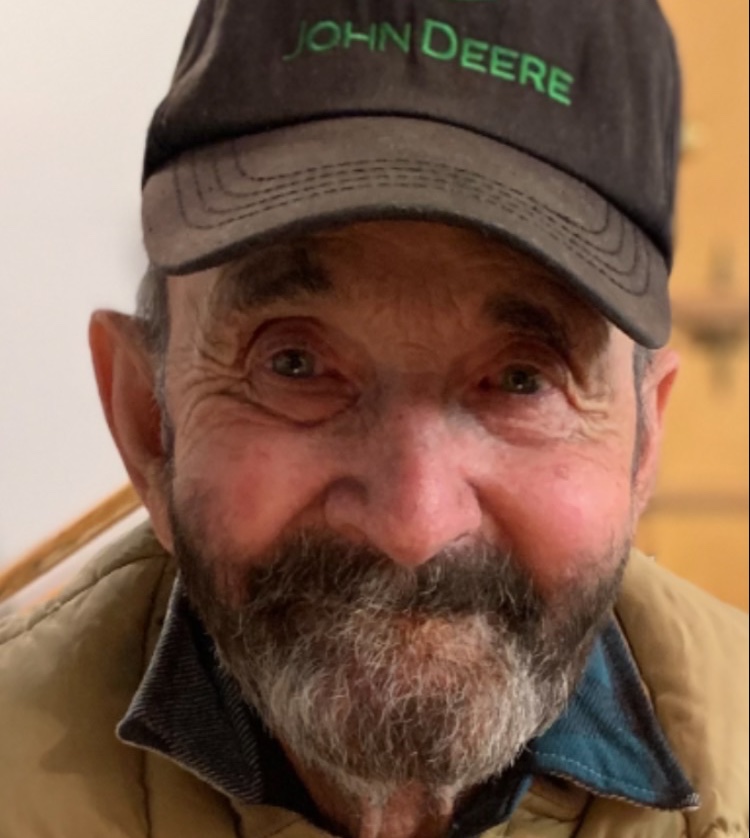 Lifelong Powell resident James (Jim) Carpenter lll was a fighter, feisty and nearly always unpredictable when a situation arose that he disagreed with. However, on Saturday, March 5, 2022, at West Park Hospital, with Jim’s family at his bedside, Heaven made the call to take him home. Once again he did not go willingly. He had to have the last say, so to speak. Earlier, in the week his wife and children were approached by doctors with news, “Your father is a very sick man.” Nearly in unison they all replied, “You have no idea, we have been told this before and within a few days he’s back home. Don’t give up too soon.” Which, what they said, followed with Jim doing what he did best — doing his darndest to prove doctors wrong. He fought his last good fight with fierce determination. He shared one bright night with his family, which looked promising to doctors and nurses alike. He then took a turn for the worse, or best, depending on how hearts settle with it.

We are blessed that he was brought into this world to be our amazing husband, dad, Grandpa Jimmy and PaPa. There are most certainly other names used by co-workers and friends, but they might be a bit too colorful to print.

Jim was born in a little house on a small farm northwest of Powell, to James Thomas Carpenter Jr. and Josephine Marie (Kolacny), on Nov. 29, 1940. He was most likely one of the last house call babies delivered for this time period. Jim was followed by a younger brother, Joe Carpenter. Jim continued to farm and raise livestock on this place with his family. He would later marry, have a family of his own, moving off the family farm. In 1969, at age 29, he settled his own family back on the original farm, and that is where he lived until his passing.

Throughout his life Jim didn’t get far from Powell. He met his “lover,” Janet Louise Decker, while attending Powell Senior High in 1959. Jim was always a gentleman when they were dating, always asking for a kiss, not just assuming or stealing one. Jim and Janet were married on Dec. 9, 1962. They had been married just shy of 60 years. To this union would come a son, John (my son, little big man, Blondie) and three daughters Crystal (Cricket), Lisa (Lil Bit) and Treena (Teeny). He was later blessed with nine grandchildren and 12 great-grandchildren, with more on the way. Among these 12 is one set of twins and a set due in August.

Jim worked at a young age. However his first “real job,” at 16, was for the Shoshone Irrigation District, spraying weeds. Once he graduated high school he worked his way up to heavy equipment operator, known to be one of the best among co-workers and farmers alike. Eventually, the Shoshone Irrigation District would become two entities. Jim joined the Heart Mountain Irrigation District entity and was a heavy equipment operator for a total of 44 years, retiring in 2002 at the age of 62. He was a huge part of the success of irrigation for the farms ranging from Garland to Heart Mountain.

Jim spent his life farming and raising livestock, sheep and swine being his favorite. Children and grandchildren alike raised and showed livestock, Park County Fair being the best summer event. By 70, Jim had decreased his livestock and continued with a small sheep herd until his passing.

Jim’s hobbies away from livestock and farming were all about camping, fishing and hunting with family and friends in the South Fork of the Shoshone National Forest. He always made a “hunt a hunt,” never taking the easy way out to fill his tag. If it wasn’t packed out on his back, it wasn’t a hunt, which also meant it wasn’t shot anywhere near a road. Jim harvested many unique animals in his time and nothing went to waste. He proudly “brought home the groceries.” He chose the right partner for this, as Janet made an excellent hunting partner and his kids learned along the way as well.

Over the years he could often be found with his family and friends in the South Fork of the Shoshone National Forest. Deer Creek Campground holds millions of unforgettable memories for all of his kids. Endless fishing and hunting stories were made with him in this beautiful country. Once in a while he would need to be reminded, when fishing with his little daughters, that they couldn’t cross the southfork river alone. This usually led to a ride across hanging from his strong forearm. He raised one tough, brave little boy who seldom asked for help.

Most will remember him as quite ornery, a prankster, and a fun “ol’ fart.” Wherever he went, he made people laugh. If you were ever on his bad side, look out. You most likely knew it. If you were not holding up your end or doing something that wasn’t right or just, one might be referred to as “worthless as tits on a boar” or “all be a suck egg mule” might be thrown at ya. He had many sayings that were original to his personality. More often for fun, sometimes serious.

To his kids, grandkids and great-grandkids he was sometimes ornery, but he loved each of them unconditionally and would never hesitate in letting each and everyone of them know just how much. Most people would see Jim as a tender heart, most definitely his family. He was truly an unconditional love, as long as you “let him have his way.” Ha!Ha!

The past few days it has been interesting to listen and realize how his children and grandchildren all feel like they were each blessed with their own unique relationship with Dad, Grandpa and PaPa. Janet (mom) having THE most unique of all.

He was spoiled rotten in many ways because Janet Louise was always the amazing caregiver he needed. Little did she know just how spoiled she would make him.

Throughout his entire life Jim always had a canine best friend. In 2011 he had just lost a dog before a short hospital stay. Upon returning home from the hospital, there curled up in a tire and sleeping, was a cute pup he would call Buster. Janet didn’t really want another dog, but someone most certainly had put him there. For the past 11 years Buster enjoyed that role. As Jim grew weaker over the last few weeks, Buster decided to go on ahead, this added to Jim’s failing health in a way that most would not understand. His grandkids first thoughts were “Buster is waiting for Grandpa.”

Jim lived a long life of hard work. His body was tired, and it was a tired well earned.

Jim will be fiercely missed by family, friends, neighbors and probably by some who were just lucky enough to have crossed his path on occasion. The memories he leaves will carry his family.

As per Jim’s wishes, cremation has taken place, his family will lay him to rest this summer.

Visit the website, weremember.com, search for James (Jim) Carpenter 1940-2022, to view or add any pictures or stories for family and friends to enjoy. In lieu of flowers, please donate to a charity of choice.

To send flowers to the family in memory of James Carpenter, please visit our flower store.
Send a Sympathy Card