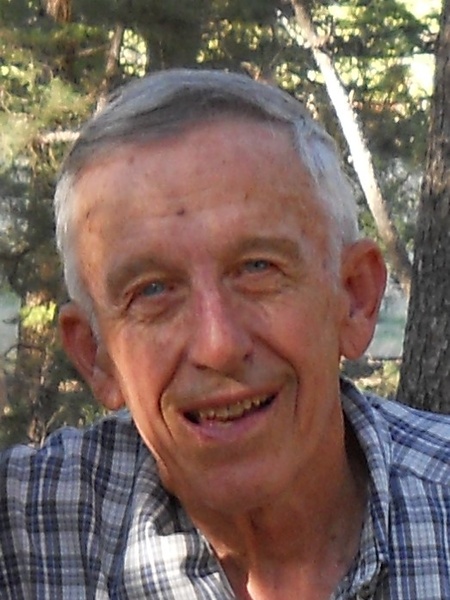 James W. Caslick, age 90 years, died October 14, 2018 at Powell Valley Care Center.  He was born on January 1, 1928 to Bruce and Mary Tompkins Caslick in Dodds, Alberta, Canada.  At the age of 10, he and his parents returned to the United States settling in Newfield, NY where Jim grew up.  He graduated from Newfield Central School in 1945 and then he enlisted in the Army and was posted in Frankfort, Germany, at the headquarters of the Army of Occupation.  After his honorable discharge in 1949, he enrolled at the University of Buffalo, NY, where he earned a BS in biology and an MS in education.

In 1954, he married Edna Nielsen of Powell, WY whom he had met during his seasonal ranger work at Yellowstone National in 1951.  They lived in Florida where Jim worked for the US Fish and Wildlife Service in redwing blackbird control. In 1974 Jim earned a PhD. from Cornell University, Ithaca, NY and remained there where he taught classes in Wildlife Management until he retired in 1986.  After his retirement from Cornell, he returned to Yellowstone National Park and the Teton National Park as a park ranger in the summers.

Following his retirement Jim and his wife moved to Coeur D'Alene, Idaho where he worked for the US Forest Service as a wildlife damage consultant on federal lands in the Northwest.  He and his wife began volunteering in Yellowstone National Park and the Tetons during the winter season and they continued as volunteers for 18 years.

Jim lived in Powell for the last 16 years where he  was an adjunct teacher at Northwest Community College in the biology department.  He also operated a well-water testing business for home owners in Powell/ Cody area.

He is survived by his wife of 64 years and his two sons: Glenn of Newfield,NY and Paul of Jacksonville, FL., a sister, Virginia Slator of Newfield, NY.  He is also survived by a brother-in-law Norman Nielsen of Powell, WY, a sister-in-law Emma Morris of Seattle WA, and nieces and nephews.

Condolences can be sent to www.thompsonfuneral.net   and memorial donations can be made to a charity of choice.

To send flowers to the family in memory of James W Caslick, please visit our flower store.