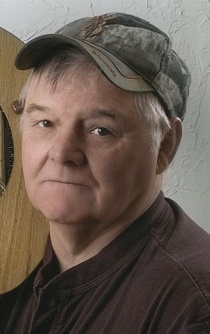 James Elmo Johnston, of Powell, died Feb. 11, 2015, in his home surrounded by his family after a courageous battle with cancer. He was 66.
Jim was born in Cody on Aug. 7, 1948, the oldest son of Helen and Elmo Johnston. After residing in Cody for several years, the family moved to Powell. He attended Powell schools and graduated from Powell High School in 1967 and attended Northwest College.
After college Jim worked for Hillman Implement and John Deere for several years as a tractor mechanic. He began working for Amoco Production Company at Elk Basin in 1974. His intentions were to just work there long enough to earn a down payment on a house but it was 25 years later before he happily hung up his hard hat.
Jim married Deborah Whitmore on April 30, 1970, and soon after, their two children, Jami and Steven, were born.
Jim enjoyed motorcycle racing in his younger years and won many trophies. Horses were always a big part of Jimâ€™s life. He had very fond memories of horse pack trips with his father and later with friends. He became a team roper and his family endured many long, dusty rodeos.
Jim loved fishing and usually out-fished everyone and wouldnâ€™t let you forget about it.
He took great pleasure in pheasant hunting with his son Steve, and also enjoyed gambling on the horse races every year at Yellowstone Downs with his daughter Jami.
Jimâ€™s greatest joy was his grandson Nathan.
Jim is survived by his wife of 44 years Deborah of Powell; his children Jami Johnston and Steven (Charissa) Johnston, both of Powell; mother Helen of Powell; siblings Jack Johnston of Powell and Jane (Jim) Jones of Phoenix, Ariz.; grandson Nathan Johnston and many nieces, nephews and friends.
He was preceded in death by his father Elmo Johnston.
Funeral services will be tentatively held at 1 p.m. Monday, Feb. 16, at Thompson Funeral Home in Powell. Cremation has taken place.
Arrangements are being handled by Thompson Funeral Home. Condolences may be sent to the family online at www.thompsonfuneral.net or to P.O. Box 807 Powell, WY, 82435.
To send flowers to the family in memory of James Elmo Johnston, please visit our flower store.
Send a Sympathy Card