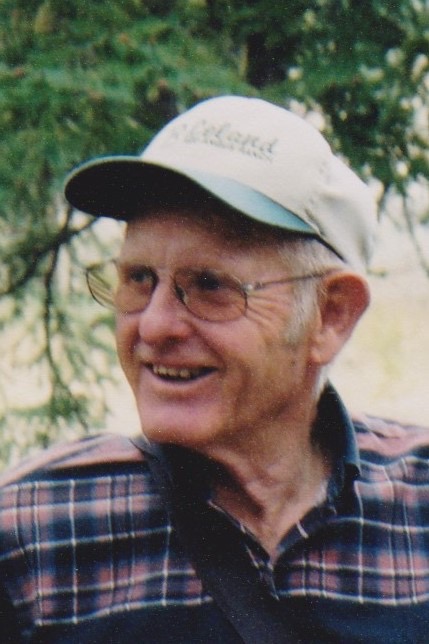 James “Jim” Hillberry, 83, passed away July 21st in an accident while working in the ranch country that he loved.

He was born June 26th, 1937, in Thermopolis to George and Leora (Haynes) Hillberry. He was raised at the family ranch on Gooseberry and attended school in Worland. The family spent summers living in a sheep wagon on the mountain while moving sheep. After his father died in 1949, when Jim was 11, his mother moved the family to Worland. During his school years Jim was active in FFA and was a member of the high school football team that won two state championships.

Jim obtained a bachelor’s degree in Animal Husbandry from the University of Wyoming. After roughnecking in the oilfields of Nevada, he worked for the State Employment offices in Worland then Cody. While in Worland he met his future bride, Vicki Kister. They married on August 1st of 1964.

His banking career began as an agriculture lender in Worland, continued in Powell and concluded as a bank president in Wheatland. He returned to Powell and managed Powell Bean Company until his retirement.

Jim’s passions included his family, faith and deep friendships, his horses and serving the community. He devoted himself to attending grandkids activities, taking them hunting at the ranch and teaching them to “pull taffy” at the cabin in Crandall. His friends were like family, maintaining those friendships since elementary school, while adding riding, roping and coffee buddies along the way.  All adding to the adventures and stories of his life.

Jim was never without a horse from the time he was born on the ranch up to riding this past month. He spent countless hours riding and packing into the backcountry, roping and “working” with his horses.

His community involvement wherever he resided is a book in itself. He liked to be involved with organizations that helped build the community or assisted children. Some highlights include serving as an officer or member on various boards such as the Wyoming Association of Municipalities, Spring Gulch Coal Company, Chamber of Commerce, March of Dimes and Shoshone Municipal Pipeline. He served on the Powell City Council from 2000 until the time of his death, and was a member of the Cody Missionary Alliance church, Powell Economic Partnership, Rotary, Shriners, Elks, and Back Country Horsemen. In his younger days, he taught Hunter’s Safety classes and officiated high school wrestling.

He is preceded in death by his parents and brother Alfred Hillberry.

Visitation will be Sunday July 26th, 5:30 p.m. at Thompson Funeral Home in Powell. Services will be held at 2 p.m. on Monday, July 27th at New Life Church in Powell with Kirby Iler officiating. Graveside burial will take place at Riverside Cemetery in Worland on Tuesday July 28th at 10 a.m.

In lieu of flowers, memorials may be made to the following:

Shoshone Chapter of Back Country Horsemen

Live broadcast to the services: https://www.youtube.com/channel/UClpGH2qYlSjK94-64Rm_dQw/live

To send flowers to the family in memory of James "Jim" Edgar Hillberry, please visit our flower store.
Send a Sympathy Card