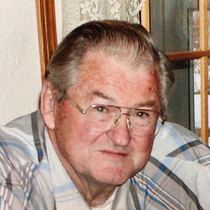 Pat was born on November 14th 1931 in Robberâ€™s Roost, Montana to Marion Kathryn Ryan and James William Ryan.  A descendant of early pioneer families (Mantha, Redfern, and Ryan), Pat grew up in the Ruby Valley towns of Laurin, Wisdom, and Dillon with his three younger sisters: Frances Gallagher, Shirley Nye, and Nora Meier.  Pat helped his mother provide for the family by holding various jobs throughout high school. Additionally, he served in the National Guard.

If you knew Pat, youâ€™d agree that his sense of humor, his strong work ethic, and his kind heart were his trademark traits.  A skilled storyteller, Pat had an anecdote or tale to tell for any and every occasion.  His warm personality and his ability to connect with people from any walk of life led him to make friends wherever he went.  He was a true Irishman, complete with wit, humor, and a trademark twinkle in his eye. Pat was generous, tenderhearted, and honest (almost to a fault at times).

A Renaissance man, Pat enjoyed a wide array of activities, crafts, and interests.  In his boyhood, he enjoyed geology, coin collecting, fishing and hunting.  Later on he developed tremendous skill in woodworking and auto mechanics, was an early member of the Frenchtown (Missoula) Rifle club, and was an exceptional bowler, water-skier, and pool player.  As an adult, Pat was a highly skilled neon-sign craftsman; his work can still be seen on many landmark buildings across Montana today.  He also discovered an aptitude for oil painting after moving to Wyoming, as well as stained-glass art and design.

Patâ€™s creativity and technical skillset found a lifelong outlet in his work as a Master Electrician.  His analytical and curious mind could build, deconstruct, and rebuild nearly anything â€“ his wife had a long list of â€œhoney-doâ€™sâ€ that kept him busy when he wasnâ€™t hard at work as an electrician.

Pat was an active and longstanding member of the Moose Lodge of Missoula (#556), the International Brotherhood of Electrical Workers (for over 60 years), and the Missoula Iris Society.  After retirement, Pat donated his time and energy building homes and doing electrical work for Habitat for Humanity in Park County, Wyoming.

After over 50 years in Montana, Pat and his family moved to Evanston, Wyoming; the last 20 years of his life were spent in Powell, Wyoming.  He had a love of travel that he shared with his wife Nancy; they traveled all over the United States, Mexico, and Spain.  He also has many nieces, nephews, and dear friends spread (mostly) across the western United States that were important to him.  James Patrick Ryan, you are one of a kind and will be missed dearly!

Pat was a member of the Garland (Wyoming) Community Church where a memorial service will be held on Friday, July 8th 2016 at 4:00 PM.
To send flowers to the family in memory of James Patrick Ryan, please visit our flower store.