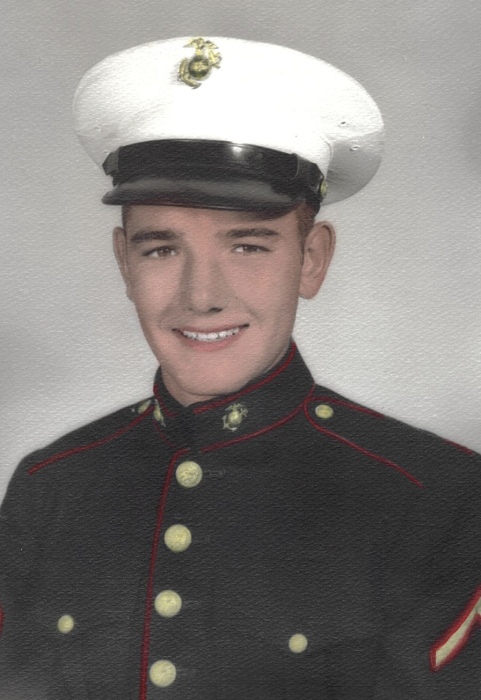 On Aug. 21, 2020 Jim Stebner loving husband, father and grandfather went home to his heavenly father at the age of 90.

Jim was born on Aug. 7, 1930 to Johnny and Ruby (Glenn) Stebner at home in Powell, Wy. He was an only child and attended Powell Schools. In 1950 Jim joined the U.S. Marine Corps and served in the Korean war until 1953. Something he was very proud of. He enjoyed telling stories of his military service and his many adventures.

On November 6, 1954 Jim married Blanche Coorough. They shared over 65 years together and made their home in Powell and cabin in Crandall. To their union they had 3 sons, Curt, Lance and Todd.

Jim was an avid member of the Eagles, Elks, American Legion. He also received an award for “Ambassador for Peace” from Republic of Korea. Jim was also quite the entrepreneur starting and selling several businesses in the area as well as real estate development.

Wood working was something he was very talented at. He built his cabin in Crandall and spent many years there hunting and fishing.  Jim enjoyed four wheeling and exploring the mountains. He also spent several years as the “water czar” maintaining the Hunter Peak water line.

In 1990 Jim helped build a wagon and rode in the Wyoming Centennial Celebration. Jim made friends easily and would talk with anyone. Jim enjoyed a cup of coffee, a drink, and a smoke while socializing with his many friends and family. Jim was very appreciative that all three of his sons lived close by and he was able to see them and watch his 7 grandchildren grow.

The family would like to express our sincere gratitude to Dr. Sapp and her staff, and the loving, caring staff and nurses at the Powell Valley Health Care.

In lieu of flowers the family would appreciate memorials be sent to the Powell Senior Center.

Jim was proceeded in death by his parents Johnny and Ruby Stebner.

To send flowers to the family in memory of James Robert Stebner, please visit our flower store.
Send a Sympathy Card