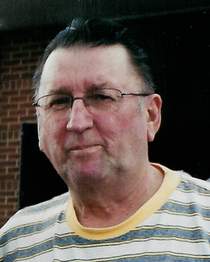 He was born May 11, 1937, in Midwest to James Wilburn Walker Sr. and Carmen Jean (Shane) Walker. He was known by all as Mick, or Mickey.

Mick earned his high school diploma at Midwest High School in 1955. He participated in basketball and swimming, and he worked at the local bowling alley, movie theatre and ice skating rink. He studied for two years at Casper Community College, where he attended the School of Business on a basketball scholarship. He was recruited by University of Wyoming for a full-ride scholarship in swimming and basketball.

After college, Mick worked for Mobil Oil and then went into business at A&W Lanes in Thermopolis. He sold his partnership and purchased Classic Lanes and Clydeâ€™s Bar in Powell in 1967, where he was owner and operator until it was sold earlier this year.

Mick was a generous man and gladly gave to family, friends and the Powell community. He was known for many wonderful and unique personal traits, but a few stand out: Hall-of-Fame bowler (300 game in September 1995), avid golfer (with endless stories); the younger Mick was an extraordinary water skier and ice skater. He also was known for the â€œMick Walker look,â€ the penetrating pressure point handshakes and the â€œknuckle,â€ his sharp wit and a piercing sense of humor.

Mick enjoyed talking about his family and sharing on any topic. Being a lover of animals, many a stray dog and cat found its way to the home of Mick Walker.

He had a way of making everyone feel that they had a special relationship with him; he was genuinely interested and cared for all people in his life.

He was preceded in death by his parents, Carmen Jean Walker and James Wilburn Walker; his sister, Sharon Lee Purcell; and three great-grandchildren.

He is survived by two step daughters, Carol Knight and Vickie Johnson of Powell and two grandchildren, Kyle Johnson and Whitney (Levi) Gebauer. He also is survived by his only blood relations, a nephew, Michael (Sarah) Purcell; two nieces, Tori Purcell and Teri Heid (Brad) all of Rapid City, SD.; and great-nephews and nieces Tristin, Nicholas, Davis and Taton Purcell and Brittany, Drew, Brody, Lane and Paige Heid.

Arrangements are being handled by Thompson Funeral Home and Crematory. Condolences may be sent to the family online at www.thompsonfuneral.net or to P.O. Box 807, Powell, WY, 82435.
To send flowers to the family in memory of James "Mick" Walker, please visit our flower store.