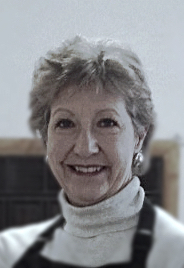 Janet Poulsen 59, Passed away near her home on January 19th 2015
Janet was born in Afton Wyoming on September 4th 1955, the daughter of Patricia and Carroll Baird.
After Graduating from Cody High School she married Terry lee Poulsen and to this union a Daughter Terra Lee Poulsen, they divorced shortly after.
She then moved to Iowa and studied Cosmetology and became a licensed hairdresser. Many years later she worked towards an instructors license and taught at the cosmetology school in Powell Wyoming.
Janet owned and operated The Gallery of Hair Design until the time of her death, where she wasn't just a hairdresser but a friend; as one of her clients stated.

Janet enjoyed many outdoor activities, including hiking, golf, fishing, snowshoeing, kayaking and many jeep adventures with her brother Edward. She also loved to dance, and had a great connection with music especially when playing the piano. She might have been known for her many words of wisdom but also was a caring listenter and always offered great advise, to many she was a counselor of sorts. Her real passion was photography, it played a huge role in her life and she had a great eye for composition and color. When her camera wasn't in tow she loved the company of her new fur child Taz, an Airedale that she had been raising for the last year.

Memorial Services will be held at The American Legion on January 31st 2015 at 11:00am