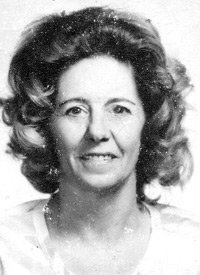 She was born May 21, 1933, to Peter Rol and Hindriktje Hidding in the Netherlands.

In 1952, she wed Jeip “Paul” de Haan. During this marriage, they had three children.

In 1962, after answering an ad on a whim for a baker in the United States, she and her family moved to Billings, Montana. From there, they relocated to Powell in 1968, where they opened and ran the Powell bakery for many years.

In 1975, she met and married Lynn Straub. They enjoyed 36 wonderful years together until Lynn’s passing in 2011.

Netty loved to crochet and knit, blessing her family with many handmade keepsakes. She also enjoyed reading and collecting glass baskets.

Netty was preceded in death by her parents, her husband Lynn, daughter-in-law Deborah de Haan and grandson Zachary de Haan.

Netty was laid to rest next to Lynn Saturday afternoon in a private ceremony at Crown Hill Cemetery.

To send flowers to the family in memory of Janna Jeannette Straub, please visit our flower store.
Send a Sympathy Card