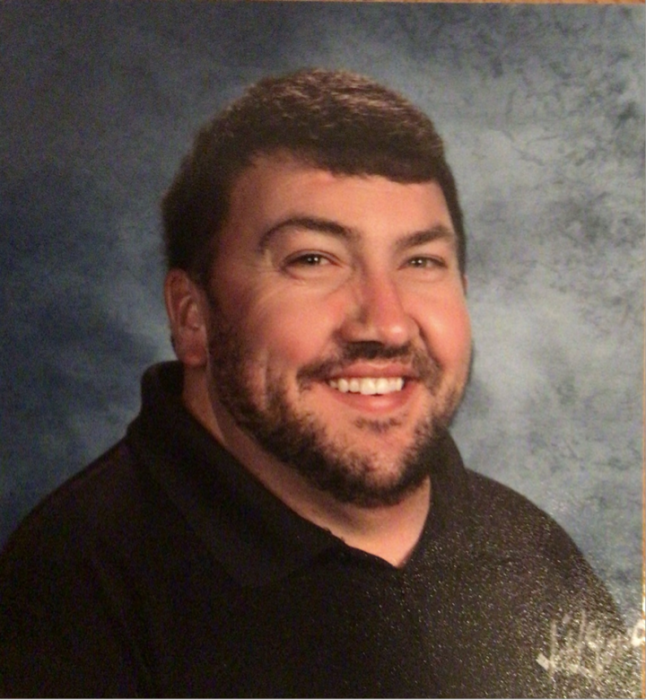 Jarred Lee Oliver, 39, passed away on November11, 2020, at his friend, Laura’s house, in Greybull, Wyoming of heart failure. Jarred was born in Denver, Colorado on October 4, 1981 to Steve and Kelly Oliver.

Jarred graduated in Powell, WY in 2000.  His first working experience was at IGA and Blair’s Markets in Powell, where he brightened many people’s day simply carrying out their groceries. His next employment was for the Parks Department at the City of Powell, a job he still retained during the summer months.  His main employment was as a para professional in Special Education at the Park County School District #1 in Powell, WY, where he was still employed at the time of his death.  While employed at the school district, he was a sign language interpreter for special needs classrooms   and assisted with Special Olympics and The Eagle Mount ski program. He was also an independent contractor for the WY Department of developmental disabilities for both children and adults. Despite being physically challenged himself, he devoted his life to tutoring and helping those less fortunate than himself. He had a special bond with Emma Sessions, who he tutored from her entrance into kindergarten, until the time of his passing.

Jarred loved taking pictures, and  spent a lot of his time outdoors taking some incredible pictures that he unselfishly shared with others.  Jarred’s love for the Lord was immeasurable, and

he glorified him with his pictures.

Jarred was proceeded in death by his father, Steve Oliver, and brother, Wesley Johnson, grandfathers, Dan Oliver, Ed Hooper and Cliff Thomas, as well as his grandmother, Lucille Oliver.

Due to the coronavirus pandemic, the family will hold a private memorial on Nov. 18, 2020 at New Life Church, Powell, WY, masks mandated.

A  celebration of Jarred’s life is being planned for next summer, COVID permitting, where all his friends and loved ones can pay their final respect and farewell to a loved and cherished friend and relative.

Our loss is heaven’s gain, and rest assured that Jarred was met by the Lord who said “Well done, Good and Faithful Servant”.

We are overwhelmed by the outpouring of love for our Jarred from this community.  Thank you all for loving him as much as we (his family) did.

We would like to offer the community to an opportunity to show their outpouring of love  [ ] ï¸ with an honorary parade to celebrate Jarred’s acceptance by the lord.

We will gather at the New Life Church (185 S Tower Blvd.) parking lot Wednesday November 18th at 5:30 pm and leave at 6:00 pm traveling to the final destination at the Powell High School to release messages of your love for Jarred......

**BYO balloons with your farewell message written on them please.

Memorial pamphlets will be distributed at the entrance to the Church parking lot at the gathering or they may be picked up at Thompson Funeral Home at your convenience.

A  Jarred Lee Oliver scholarship will be established in honor of  Jarred.  Further Scholarship information will be released to the community at a later date.

To send flowers to the family in memory of Jarred Lee Oliver, please visit our flower store.
Send a Sympathy Card