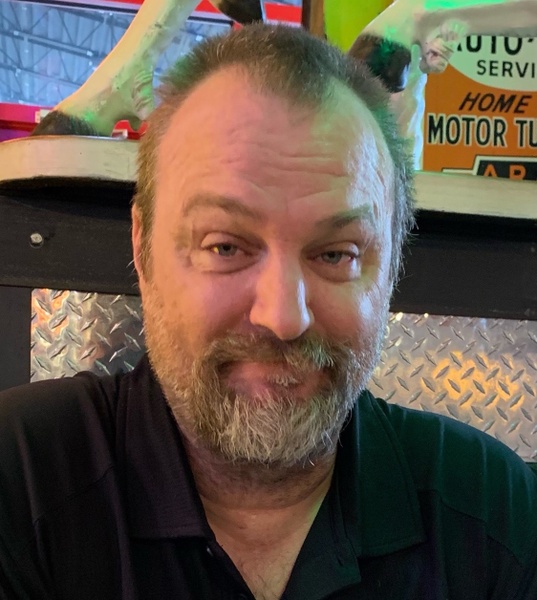 Jay Robert Costigan, 52, passed away in Billings, Montana on December 9, surrounded by his family from complications of Covid 19.

Jay was the son of Robert Costigan and Darrlyln Tibbetts Costigan and was born in Lincoln, Maine. He married Joneen Zeller on September 16, 2001 in Warren, Maine. During their married life, they lived in Maine and Wyoming. Jay worked for Northwest College Security. He continued his education at Northwest College and received an Associates Degree in education.

Rock hunting, playing video games and spending time with his family were the activities Jay enjoyed participating in the most. Jay loved going on adventures with Joneen. Whenever they would drive there would always be a wrong turn. From going to Bronco’s in New York City, to the south side of Chicago. Joneen would always get them lost, but Jay loved it. It’s not everyday that you get escorted out of a part of town by the police, because you were the only white people there. They took many trips and had looked forward to many more.

He is survived by: his parents, Bob and Dee Costigan, Waldoboro, Maine; his wife, Joneen Powell; his sons; Jay Jr.( Nicole) of Cheyenne, Dustin Martin of Haverhill, New Hampshire, Alex Costigan of Powell and daughter Rhiannon (Kyle) Kozlowski of Red Level, Alabama. His sister, Jan Costigan of Warren, Maine, and three grandchildren also survive him. He was preceded in death by his grandparents, Cecil and Nellie Tibbetts, Uncle Shelton Tash Jr., Aunt and Uncle Eugene and Aloma Voisine, and cousin Yvonne Bouchard.

To send flowers to the family in memory of Jay Robert Costigan, please visit our flower store.