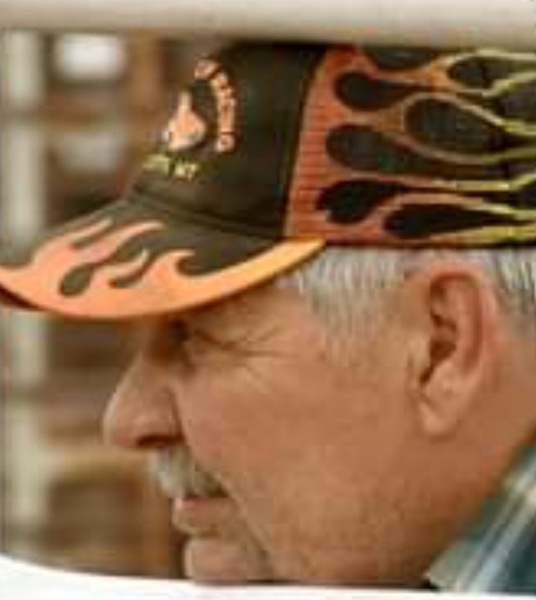 Jay was born on Feb. 3, 1946, in Billings, Montana, to John Lanchbury and Patricia (McGrady) Lanchbury. He grew up between the farming ranch and Poplar, Montana, where he graduated high school.
He met his first wife, Florence, and they had three kids: Shane, Raymond, and a baby girl. They later divorced.
Jay moved to Tucson, Arizona, where he drove a tow truck and worked as a mechanic. That’s where he began his love of stock car racing.
He met his second wife, Donna, in 1973. She had a 3-year-old son named Robert, and she was pregnant with Tammy. About one year later, they moved to Powell and Wolf Point, Montana.
Jay and Donna married, and on June 14, 1981, they had a son named Edward Arthur Lanchbury, who was born in Glasgow, Montana. They later settled in Miles City, Montana.
Jay worked oil rigs during this time, and in 1985, Donna and Jay divorced. He moved back to Powell, where he worked for Clim’s Texaco, Nebco, and Colby Construction, until he retired.
During this time, he met Carol Dillion, and they married on March 20, 2000. From that mar- riage, he gained daughters Wendy, Patricia, and Suzi.
Jay and Carol lived out at the Eagles Nest Ranch. Jay loved hunting, fishing, and stock car racing. He raced at the local track in Powell. He loved demolition derbies, and drove to Miles City every August to cheer for the brew crew, and a few times the crew had a car ready for him to drive.
He also loved his Jim Beam and his alfalfa fields that some called his hobby job. Jay and his sister Melody spent many summers together.
Jay had two very close friends, Bob Langdon and Lyle Brand, who helped him whenever he called. His whole family thanks them both for all they have done for him over the years.
Jay is survived by his wife Carol; Carol’s three daughters, Wendy Polato (John), Patricia Hall (Kyle), Suzi Lytle (Jake); Jay’s daughter Tammy Heser (Dani); sons, Robert Boager (Tonya) and Edward Lanchbury; sister Melody Deyle (David); 20 grandchildren, and two great-grandchil- dren.
Jay was preceded in death by his father John Lanchbury, his mom Patricia Lanchbury, brother Larry Lanchbury, his two sons, Shane and Raymond Lanchbury, and his infant daughter.
A private gathering will be at a later date to spread his ashes in a special place on the family ranch.

To send flowers to the family in memory of Jay Edward Lanchbury, please visit our flower store.