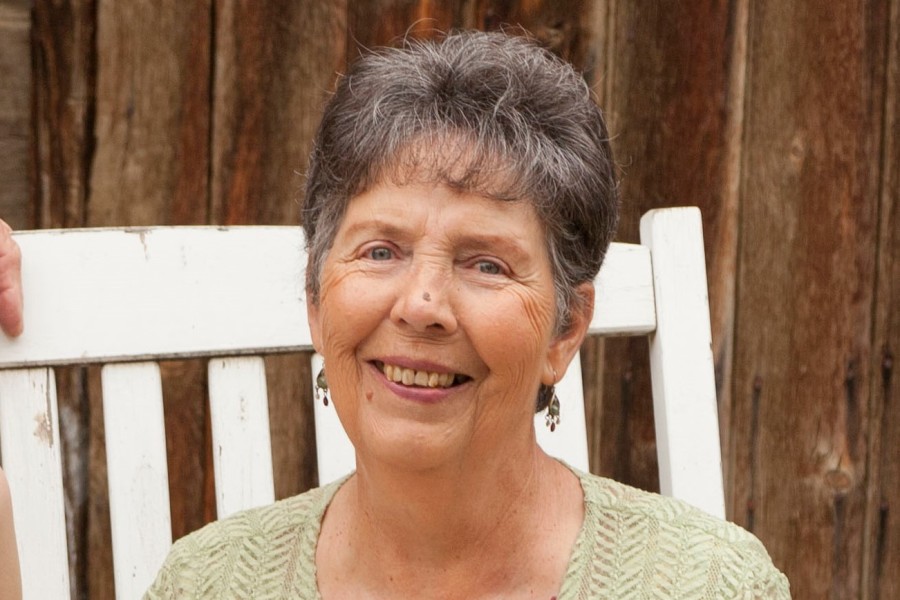 Jeanette Lennon
(Sept. 6, 1934 - July 17, 2017)
Jeanette Lennon, 82, died July 17, 2017, at the Hospice House in Cody after a long battle with breast cancer.
Jeanette Vere Russell Lennon was born in Worland to Cecil Clifford and Fern Mildred Dye Russell on Sept. 6, 1934. She was the first of three children and had two brothers, Dwight and LeRoy.  Jeanette grew up in Worland and attended Worland schools, graduating in 1953. She worked at the telephone office as a switchboard operator in Worland and at this time she met Joe Lennon. They began dating and a few short months later, and married on Jan. 23, 1954.
The couple had three children, Jay Dee, John and Jolene, and in 1967, made Powell their permanent home.
Jeanette worked at the Montgomery Ward store for seven years, and then at the War Surplus store until she retired in 1997.
Her family was her greatest accomplishment and she always did all she could to love and support them to include baking awesome cherry pies to sending balloons to the great-grandchildren for their birthdays.
She was a dedicated wife and mother and she and Joe had celebrated 63 years of marriage in January. She felt very blessed to have seven grandchildren and 14 great-grandchildren. She was such a blessing to her family and will be missed so very much. Her loved ones are comforted to know that she is with her savior and will continue to watch over them from heaven.
Jeanette was preceded in death by her parents, her brothers and her granddaughter, Jessica Lennon.  She is survived by her husband Joe of Powell; son Jay Dee Lennon of Dixon, Montana; son John (Melanie) Lennon; and daughter, Jolene (Steve) Brakke, all of Powell; six grandchildren, Matt (Brindey) Lennon of Bozeman, Montana, Jason (Chrissy) Lennon of Cody, Larissa (Brent) LaPierre of Killdeer, North Dakota, Joshua Lennon of Powell, Chelsea (Dave) Bernard of Greybull and Kevin Brakke of Powell, as well as 14 great-grandchildren.
The funeral service will be held on Monday, July 24, at 10 a.m. at the funeral home. Viewing will take place for an hour before the service.

To send flowers to the family in memory of Jeanette Vere Lennon, please visit our flower store.
Send a Sympathy Card