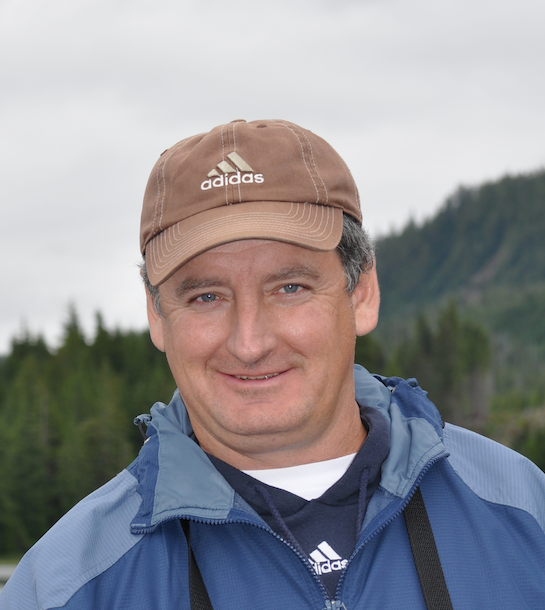 Jeffrey Franklin Anderson departed from this world on April 13, 2021, at his home amongst family.
Jeffrey was born in DeKalb, Illinois, on June 26, 1963, to George and Rita (Gile) Anderson. He was an adored older brother to Steve and Tom.
Jeff married the love of his life, Amy (Ackland) Anderson, on Aug. 8, 1987. Jeff was proud to be called Dad by his four children, Allison, Jared, Brandon and Bradley. Jeffrey was blessed to be a grandpa to Declan and Jameson Walsh.
Jeffrey was employed by the U.S. Post Office for over 20 years. Previously, he worked for DeKalb Swine Breeders. He was passionate about softball and would excitedly recall his time playing third base in multiple softball leagues. He was one of the most competitive people you would ever meet as we can’t recall him ever losing a game of Clue.
He enjoyed participating in trap shooting leagues and events with his family. He was a dedicated Royal Rangers leader and skilled pinewood derby car artist. He was a loyal Coca-Cola drinker and would never drive anything other than a Chevy. Jeff loved to watch countless reruns of car restoration shows and NASCAR with his dad and sons. He affectionately shared birthdays with his mother and rarely spent a birthday apart. Jeff was committed to making his children’s sporting events, seldom missing one.
He preferred his wife’s cooking to anyone else's as long as it didn’t have onions in it. He was enamored with wildlife and enjoyed long drives through the mountains in hopes of seeing animals.
Of all those things he loved to do, Jeffrey loved our lord and savior Jesus Christ. His greatest wish was that his loved ones get right with God and “get their butt to Heaven” to see him again. Jeff was incredibly kind, truthful and had the most perseverance that a human could have. He truly was the best husband, father, son, brother, grandfather and friend. He wore all of his titles of his life with such boldness as his family was the most important thing to him ... right after God.
Jeffrey will be lovingly remembered and deeply missed by his wife, Amy Anderson; his children, Allison (Michael) Walsh, Jared Anderson, Brandon Anderson and Bradley Anderson; his grandson, Jameson Walsh. He will be always cherished by his parents, George and Rita Anderson; his brother, Stephen Anderson; father-in-law and mother-in-law, Leonard and Cheryl Ackland; brothers and sisters-in-law, Randall (Connie) Ackland, Philip (Merrit) Ackland and Jeffery (Lisa) Ackland; and fondly recollected by 11 nieces and nephews.
Jeffrey was welcomed into Heaven by his grandson, Declan Walsh, and brother, Thomas Anderson.
A memorial service is to take place on Friday, April 16, 2021, at 2 p.m., at Glad Tidings Assembly of God, 777 E Seventh Street, Powell, WY, 82435, with Pastor Michael Walsh officiating. Additional service and burial will be held in DeKalb, Illinois at a later date.

To send flowers to the family in memory of Jeffrey Anderson , please visit our flower store.
Send a Sympathy Card