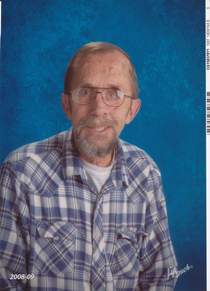 Jerry D. Higgins died from natural causes on December 29, 2014 at his home in Powell. He was 63 years old.
Jerry was born November 17, 1951 in Powell, WY to Wilbur (Webb) and Mary Higgins. He graduated from Powell Senior High School in 1971. Jerry worked in numerous gas stations in Powell. He did custodial work for several businesses in town, as well the Powell School System, the local Absaroka Headstart and the ReStore.
Jerry married, Phyllis Ann Wassink Jones, on Valentineâ€™s Day, February 14, 1983. They were sweethearts for 23 years until Phyllisâ€™s death in 2006. Phyllis brought two daughters to the marriage, Rhonda Stevens and Christy Jones, whom Jerry loved as his own.
Jerry looked at life simply and was a kind and loving man. Jerry had a great sense of humor and loved to kid around with family and co-workers.
Jerry was preceded in death by his parents, Wilbur and Mary Higgins, and his loving wife, Phyllis.
Jerry is survived by his sisters, Joy (Larry) Cummings of Green River and Lora (Bryant) Startin of Powell, his step-daughters, Rhonda Stevens of Powell and Christy Jones of Viera, Florida, a grandson and granddaughters, mother-in-law, Esther Wassink, and numerous nieces and nephews.
Cremation has taken place. A memorial service will be held at 11 a.m. Friday, January 9, 2015 at Thompson Funeral Home, 111 W. Third St. in Powell.  Following the service, burial will be at the Crown Hill Cemetery.
To send flowers to the family in memory of Jerry Dale Higgins, please visit our flower store.