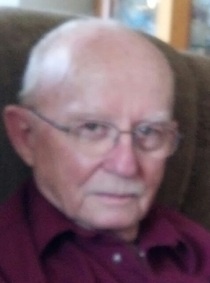 Jerry D. Schuster died Friday, Dec. 12, 2014, at St. Vincent Hospital, surrounded by his family. He was 75.
Jerry was born to Wayne and Josephine (Schuster) McCellan on May 14, 1939,Â  in Cody. He grew up in Cody. His parents divorced at an early age, and Jerry was raised by his grandparents, Earl and Nellie Taylor, on Rock Creek on the South Fork.
He graduated from Cody High School in 1957 and went to work for Gordonâ€™s Husky Service. In early 1958, Jerry met Shirley Roemmich and in 1959 they married. With this union, Jerry and Shirley had four children. They later divorced and in January 1977 he married Jeanette Shaulis.
In 1977, Jerry and Jan moved to Wamsutter, Wyo. JerryÂ worked forÂ Budâ€™s Welding and laterÂ boughtÂ Partainâ€™s Welding. Work slowed in Wamsutter, so they sold the business and Jerry went to work for Marathon Oil Company, where he retired.
After retirement, Jerry and Jan moved to Powell, where they lived at the time of Jerryâ€™s death.
Jerry was an avid hunter and fisherman. He loved the outdoors and taught his children and grandchildren to love and respect nature. Any time he could be in the mountains, he was happy, especially in the Sunlight/Crandall area.
Jerry was preceded in death by his parents WayneÂ SchusterÂ and Josephine McCellan; his only sibling Wayne; and his grandparents Earl and Nellie Taylor and Ray and VelmaÂ Schuster.
He is survived by his wife of 37 years, Jeanette; his four children Sherry (David) Lindner of Sabin, Minn.; Jerry, or as his dad called him, â€œPete,â€ of Billings; Dan (Brenda) of Cody; Wendy Shaw of Gillette; and stepson Rick Shaulis of Montana. He also is survived by 11 grandchildren; five great-grandchildren; one niece of Cody and one nephew of Cody.
Given Jerryâ€™s soft heart for furry friends,Â pleaseÂ make a small memorial donation to the animal shelter of your choice, consider adopting a homeless pet or bring a stray critter in from the cold.
A memorial service will be held atÂ 2 p.m. Thursday, Dec. 18, at Thompson Funeral Home, 111 W. Third St. in Powell.--Â

To send flowers to the family in memory of Jerry D Schuster, please visit our flower store.
Send a Sympathy Card