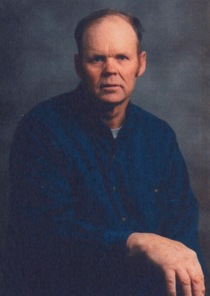 Jerry Ronald Tilley was born April 18, 1936, to Loren Tilley and Leona Hoffman Tilley in Kane, Wyoming. His birth was an unusual event due to the fact that he was premature, delivered by his own mother and placed in the oven to keep him warm.
Jerry Tilley passed away on March 19, 2017, at the Billings Clinic due to complications from a blood clot.
Jerry was the third oldest of eleven children. He attended grade school in Kane, WY and high school in Lovell, WY, graduating in 1954. His working career began young as he and his brothers and sisters helped their parents on the family farm. Before he was out of high school, he flagged on a road construction job on the Big Horn Mountains and this was the start of a lifelong career.
He was drafted into the Army in the late 1950s and served both active duty and in the reserves. When he returned to civilian life, he worked road construction in the summers and the Sugar Factory in the winter.
He married Maxine Miller in 1965. They had two children: Ronald Wayne and Shauna Doraine. Jerry and Maxine were divorced in 1967 and Jerry spent the following 7 years juggling single parenthood and working various jobs.
In 1974, he married Corine Frederick Caraveau and doubled his responsibilities by adopting Corine's children Steven Allen and Katherine Ann as his own. He was dedicated to his family and always saw to their every need, no matter how many hours he had to work to make life good and safe for his family.
Jerry worked for nearly every road construction company in the state of Wyoming and had a hand in crushing the gravel and laying the hot mix on almost every highway in the state, some of the roads twice and maybe even 3 times in his long career. At one time his crew earned an award for "The Smoothest Roads in the State" and was known to comment on poorly constructed roads in other states he visited. He traveled the state in a truck loaded with tools and pulling a camper. He never met a stranger and was always willing to stop and fix their broken-down vehicle along his way. From the Veteran's Memorial Highway near Cody to Interstate 80, from Newcastle to Rock Springs and many roads in between, Jerry helped build the roads that criss-cross the state of Wyoming. He finally retired from his life's work in the spring of 2016 after he turned 80 years old.
Jerry is survived by his wife Corine Tilley of Deaver; His sons Ron Tilley and Steve Tilley of Deaver, and his daughter Shauna Tilley Kent and husband Jim Kent of St. Louis, MO; Two grandchildren, Chase Kent of Richmond, VA, and Leta Kent of Herndon, VA; brothers and sisters-in-law Edward Tilley (Helen), Cape Girardeau, MO, Don Tilley, Fayetteville, NC, Melvin Tilley (Sherry Kay) Powell, WY, Earl Tilley (Karen) Powell, WY, Dennis Tilley, Deaver, WY, Marvin Tilley (Linda) Deaver, WY, and sister and brother-in-law Sherry Tilley Nelson (Curt) and many nieces and nephews.
Jerry was preceded in death by his parents, Loren and Leona Tilley, sisters Joyce Buster, Gloria Dudley and Charlene Schultz, and his daughter Katherine Anne Tilley.
Services will be at the Deaver Community Center on Saturday, March 25 at 2 p.m. Food will be served afterward. There will be no graveside service.
In lieu of flowers, donations can be made in Jerry's name to Big Horn Basin Regional Dialysis Center, 424 Yellowstone Ave., Suite 150, Cody, WY 82414.

To send flowers to the family in memory of Jerry R Tilley, please visit our flower store.
Send a Sympathy Card