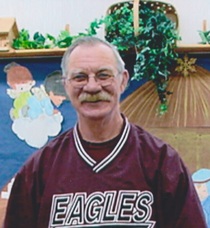 Jim White, of Sidney, Montana died Monday, December 8, 2014. He was 73. He was born July 23, 1941 to John and Christine (Free) White in Fanshawe, Oklahoma. He grew up with his twin sister Sybil Fae Swicegood of Utah and brother Donald White of Powell, Wyoming. He proudly served in the United States Army National Guard from 1962 to 1966.

Jim lived in Albuquerque, New Mexico and worked as a
securtity guard. He later moved to Sidney, Montana to be
closer to his brother and family where he worked for the
Richland County School District until his retirement in 2004.

Jim was preceded in death by his parents John and Christine White, his twin sister Syble Fae Swicegood and brother
Donald White.

A memorial service will be held Saturday, December 13 at 2 p.m. at the Thompson Funeral Home, Powell, Wyoming.

To send flowers to the family in memory of Jim White, please visit our flower store.
Send a Sympathy Card