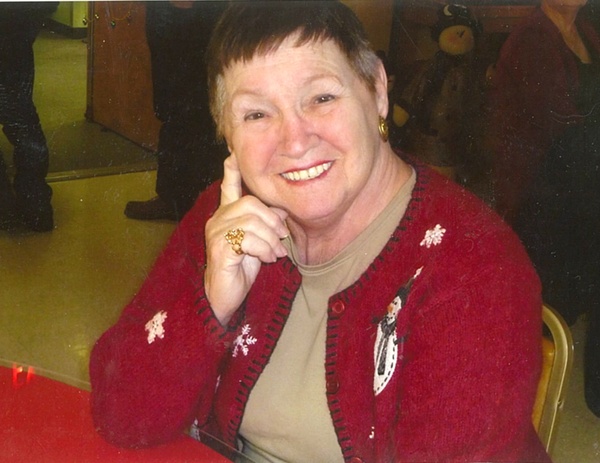 Born in Elizabeth, N.J. to Frank and Henrietta Stevens. She used to like to refer to herself as the middle child, though she was the second of four with all the usual insecurities often felt by middle children. She was shy (she certainly grew out of that - like Grandma used to say “and how”!!! Joan retreated to books and anything else she could get her hands on, reading well into the night by flashlight to stay out of trouble with the rest of the clan! Met a handsome soldier on leave visiting his mother, Pauline. She loved Pauline and even more so her son, Clifford Martin Lutz. They married and had two daughters, Sharon Gray and the late Diane Lancaster. Joan is survived by Sharon and “Sonny Boy” Scott Gray, her elder sister Christina Rizzo of Forked River, maternal nieces
Marianne Smith-Sable (Gary), Renee Schrader (Billy), Therese Bera (Florian, aka Yogi), all residing in N.J. and nephew Thomas Rizzo of Tennessee.

Joan resided in N.J. most of her life until she moved to Florida after the death of her husband. She found true love once again with Thomas Bowblis whom she shared life with until his death in 1996.

Some thoughts from Renee, her niece:

The life and times of Joan Ann Stevens Lutz - She was a great sister, friend, a wonderful aunt and terrific Godmother. My aunt Joan was a fashionista,
enjoyed dressing to the 9s, going out to have a good time. May I say, she was one beautiful redhead and truly knew how to have a great time which was practically every day! As Frank Sinatra sang “I did it MY WAY” - and she did. I was blessed to have Aunt Joanie in my life enjoying many years in her
company. She had a great sense of humor and we laughed all the time. Even in hard times, she made it OK. She always loved horses, owning two in N.J. Yes,
I will dearly miss my aunt but take heart knowing she is in a better place.

To send flowers to the family in memory of Joan Ann Lutz, please visit our flower store.