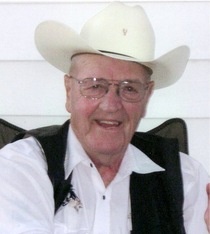 John L. Donaldson died peacefully Nov. 20, 2016, at St. Vincent's Healthcare in Billings. He was 82.
He was born Oct. 23, 1934, in Maquon, Illinois, to Hilma Cowman and Leo Donaldson.
John served in the U.S. Army from 1957-1959. He married Christine Cline on July 12, 2013, in Powell.
John was a member of Elks, Eagles, American Legion, Ducks Unlimited and Pheasants Forever. He was an avid hunter and sportsman. He also was instrumental in starting and organizing the Wyoming Auctioneer Association and served as president for one term.
In his life John owned and operated a service station, was one of the first salesmen to introduce the Bobcat Skip Steer Loader, worked for Basin Equipment Co., and was a partner in Swenson-Anderson Implement Co. He owned and operated Country Wide Auction and Equipment of Powell for over 25 years.
John was preceded in death by his first wife Joyce, brother Lyle Donaldson, sisters Pauline Johnson and Elaine Morss.
He is survived by his wife Christine of Powell, sister Leona Runyan of Peoria, Illinois, and many nieces and nephews.
Services will be at 2 p.m. Wednesday, Nov. 30, at Thompson Funeral Home with Gary Mills officiating. A reception will follow at the Powell Eagles Lodge.
Memorials may be made to a charity of your choice.
Thompson Funeral Home is in charge of arrangements and condolences may be sent to the family at www.thompsonfuneral.net or P.O. Box 807, Powell, WY 82435.

To send flowers to the family in memory of John Lee Donaldson, please visit our flower store.