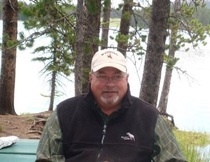 On February 4, 2016 John David Manning passed away at home. He was born to Betty and Robert L. Manning in Denver, Colorado on January 27, 1952, joining a brother and two sisters. Both sets of grandparents and all his cousins lived close by, so his memories were full of the joy that families bring.

In 1960 his family bought a cabin at Dome Lake in the Big Horn Mountains. It was a dream for a little boy and quickly became Johnâ€™s favorite place on earth.

He graduated from Cherry Creek High School and later attended classes at Western State Colorado University. Mostly, Johnâ€™s education was gained through lifeâ€™s rich experience. He dabbled in photography, joined friends on a four and a half month horse pack trip through the Selway-Bitterroot Wilderness, worked on a ranch in Big Horn, Wyoming, became an EMT, and spent a few years on a drilling rig.

He loved adrenaline rushes, so he skied the roughest terrains in the Rockies. He  loved riding motorcycles, especially on trails throughout the Big Horn Mountains. He graduated from bareback riding school. His children often bragged that heâ€™d broken every bone in his body. Although he had no music acumen, he enjoyed the blues and often turned the volume up full blast to listen to Eric Clapton. In 1960 his father bought some of the first season tickets to the new Denver Bronco franchise, beginning a lifelong love of the team. His family will all be cheering on the Broncos in this yearâ€™s Super Bowl because of the love he shared with them for his team.

While visiting his cousin, John had his first view of Sunlight Basin and Cody stole his heart, so he left the ranch in Big Horn and moved to Cody. In 1976 John met Wynne Watkins and after a whirlwind courtship, they were married in February 1977. David and Courtney soon joined their family, and after a move from Cody back to Denver, where John worked at RL Manning Drilling Company, Shelby and Kelsey followed.

After ten years in Denver, John wanted to go back to Cody, so the family returned in 1989. Originally he co-owned the Texaco bulk distributorship and later bought three Subway stores in the Big Horn Basin. He has served for many years as a director of the Big Horn Federal Bank.

John was preceded in death by his parents and grandparents. He is survived by his wife, Wynne, son David (Joy), daughters Courtney (Jeff) Jensen, Shelby (David) Gilliatt, and Kelsey (Eli) Peterson, eight grandchildren, his siblings, Bob (Janet) Manning, Nancy (Buzz) Hill, and Cathy (Warren) Smith and many cousins, and nieces and nephews and long time friends.

Funeral services will be on Monday, February 8, at 11 a.m. at the Cody Wyoming LDS Stake Center with interment following at the Riverside Cemetery in Cody.

The family has requested that in lieu of flowers, donations be made to the Perpetual Education or Humanitarian Aid Fund for The Church of Jesus Christ of Latter-Day Saints at www.ldsphilanthropies.org.

To send flowers to the family in memory of John David Manning, please visit our flower store.