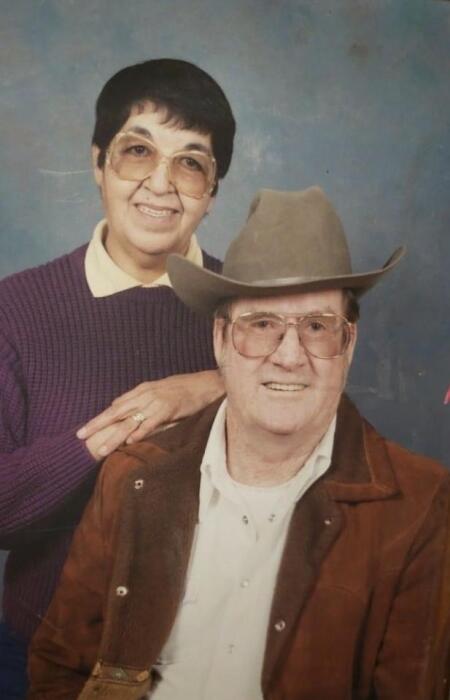 He was raised and lived in Scofield, Utah, until he joined the U.S. Navy January 9, 1952, at 17 years of age, and served on the U.S.S. Barroco during the Korean Conflict.

Red married the love of his life, Maxine “Maggie” Rose Medina and they were married 63 years.

He worked for Olsen Glass installing windows and mirrors at Caesar’s Palace, MGM Grand Hotel and other hotels. Elvis Presley bought Bob a beer and sat and visited with him as a thank you for moving his work crew away from the room Elvis had, so he could rest prior to a show. Dad thought Elvis was one of the nicest men he had ever met.

Together Red and Maggie owned and operated Maggie’s Bar and Cafe.

He retired to Riverton, Wyoming.

Red enjoyed hunting, fishing and his beer.  He was a dune buggy racer in Las Vegas, Nevada in the 70’s.

A Military Service will be held on Friday, July 17, 2020 at 11:00 am at the Powell High School Military Memorial across from Fremont Motors.

To send flowers to the family in memory of John "Red" Robert Wright, please visit our flower store.
Send a Sympathy Card