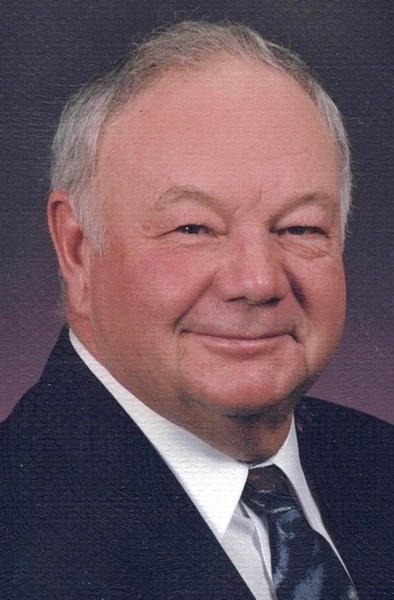 John Max Stutzman passed away on Saturday, Jan. 4, 2020, at the Spirit Mountain Hospice House in Cody. He was born Oct. 7, 1936, to Glenn and Daisy (Kuckuk) Stutzman.
He lived his entire life in Powell, graduating from Powell High School with the class of 1954. He attended Montana State College in Bozeman, the University of Wyoming in Laramie and took classes at Northwest College in Powell.
In 1957, he entered into a partnership with his father on the family farm and became the third generation to farm the homestead. That year he also married Roberta (Bobbie) Huntley in the Presbyterian Church in Powell. They had been married for 63 years at the time of his passing. John was an avid sportsman, enjoying every new season of hunting, fishing, snowmobiling, and waterskiing. He also enjoyed a good game of poker and a friendly round of golf.
He was very pleased to have been one of the original members of the Moyer Community Foundation, a foundation that contributes to the betterment of Powell through grants to nonprofit entities.
John was the proud father of Dr. Kim (Mike) Stutzman Engwall, Jon Tod (Mary) Stutzman, Sydney (Ric) Stutzman Rademacher and Brett Huntley Stutzman, and grandfather to Dr. Alison Engwall, Lee (Sierra) Stutzman, Lindsay Stutzman, Brittni (Jason) Rademacher King, Chelsie Rademacher, Crista Stutzman, John Stutzman, Garrett Stutzman, great-grandfather to Jase King, and step-great-grandfather to Michayla (Brett) King Bitow, and Kendelle King.
One of his proudest accomplishments was having all four children earn their college degrees, and he was equally pleased when sons Tod and Brett expressed a desire to continue the farming tradition, becoming the fourth generation to operate the family business begun by his grandfather, John Stutzman, in 1916.
In 1999, John and Bobbie started spending winters in Arizona and made many wonderful memories there.
The family would like to thank the Hospice Services and Facilities for their exceptional care.
John was preceded in death by his parents Daisy and Glenn Stutzman and his grandparents John and Alma Stutzman and Max Kuckuk.
John is survived by his wife, Bobbie, children Kim, Tod, Sydney and Brett, eight grandchildren, a great-grandchild, sister Glenda (Steve) Powell of Tumacacori, Arizona, sister-in-law Peggy Ostlund of Billings, several nieces and nephews, and many close friends.
Funeral services will be Friday, Jan. 10, at 10:30 a.m. at the Presbyterian Church in Powell.
Memorials in John’s honor may be directed to the Union Presbyterian Church, 329 N. Bent, Powell, WY 82435; Spirit Mountain Hospice House, 808 Canyon View Ave., Cody, WY 82414; Stillwater Hospice of Northern Wyoming, 444 Montana Ave., Lovell, WY 82431, or to the charity of your choice.

To send flowers to the family in memory of John Max Stutzman, please visit our flower store.
Send a Sympathy Card