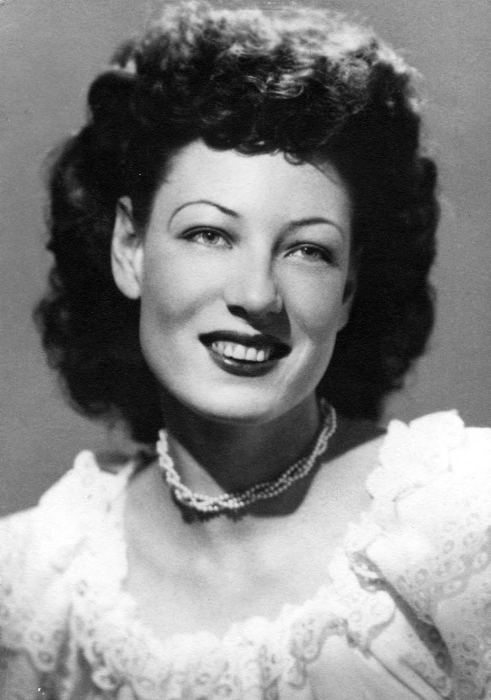 Juanita Alta Mooers was born on the 28thof July, 1928 in Lawton, OK. Her family moved to west Texas before her first birthday.  She was raised in the small town of Monahans, TX.  Her parents were William and Nora (Reese) McKinzie, who had two other daughters and three sons.  After graduating from high school, Juanita primarily was a credit investigator for several firms such as Dun & Bradstreet.  She married Carl Mooers on the 15thof October, 1948 at the Church of Christ in Los Angeles.  From this union three children were born:  Alinda Hinks (Eric), Allegra Bertram (Anthony) and Gregory Mooers (Barbara). Carl and Juanita have lived in California, Colorado and Wyoming.

Juanita was baptized in Texas in 1940.  On the 21stof June 1998, she was confirmed into the Lutheran faith at Immanuel Lutheran Church in Powell, WY by Pastor Larry Veland.  She died on the 12thof April, 2018 at the Powell Valley Care Center.

Funeral services will be held on Wednesday, April 18th, at 10:00 a.m. at Immanuel Lutheran Church with burial to follow at the Crown Hill Cemetery.--

To send flowers to the family in memory of Juanita Alta Mooers, please visit our flower store.
Send a Sympathy Card