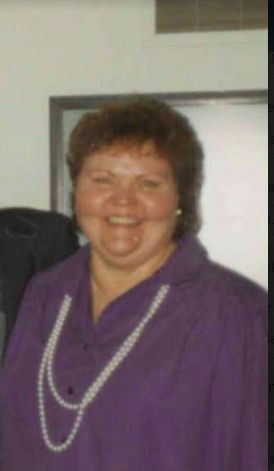 Judy A. Braten, fondly called Grandma Judy by many, died peacefully with her family by her side on Oct. 22, 2019. She was born Nov. 10, 1946, the oldest child and only daughter of Lawrence Lyle and Dorothy Marie (Rowe) French.
The family moved in 1950 to a farm in the Mountain View Community near Heart Mountain, where her parents homesteaded. Judy attended Powell schools, grades 1-12, graduating Powell High School in the class of 1965.
On March 28, 1965, Judy married her high school sweetheart, R. Gene Braten. They were married for 54 years. To this union were born three children, two daughters and a son.
Judy attended the University of Northern Colorado, graduating in 1971 with a Bachelor of Science in business education, secretarial specialty. Judy loved being a secretary and over the course of her life, she served as secretary for many of the various organizations she joined, as well as being gainfully employed as a secretary for many years.
She taught part-time at Ames Community College before the family moved back to Park County. She clerked at the Park County Fair, drove a beet truck for neighbors, had her own custom swathing business and served as an election judge.
When she and Gene bought the farm, she was proud to be a stay-at-home mom and her farmer’s right-hand man and truck driver, until the drought of 1988 sent her back to town to work.
She went to work for attorneys Kenneth Koski and John Lake in 1989 and was often quoted as saying “when I got that job I didn’t even know how to spell plantiff, let alone say who one was,” but she was a quick learner and a skilled typist. She soon knew many legal terms and how to spell them.
On Oct. 1, 1989, she went to work for the State of Wyoming’s Public Defender’s Office for Park and Big Horn counties, with Kenneth Koski as her supervisor, a position she held until her retirement in November 2008.
For many years, she took part of her vacation to drive a truck and help on the farm, saying that physical work was a pleasant break from brain work.
Judy served on School District No.1 Board of Trustees for three terms. She served on the Heart Mountain Irrigation District Board of Commissioners for one term, being the first woman ever elected to serve on that board.
Judy dearly loved and was dedicated to her lord Jesus Christ, her loving and ornery husband Gene, her children, and most especially, her grandchildren. She loved to watch her children and grandchildren as they participated in their activities and rarely missed an event. She and Gene were in the gym watching basketball at one level or the other for 35 winters in a row. She was never afraid to point out to a referee a mistake made by the stripes. She also taught her children and grandchildren to sew, make quilts, bake, cook, decorate cakes, raise and preserve vegetables in the garden, as well as grow flowers.
She found great pleasure in knitting, sewing, and most especially, quilting. She made a quilt for each of her children, grandchildren, nieces, and nephews for their high school graduations. Quilts are displayed throughout her home on walls and beds. She won several prizes at the Park County Fair for her handiwork. Several of her quilts were shown in national quilt magazines and calendars. Any other spare time found her reading.
She was preceded in death by her parents, Lyle and Dorothy French, and her youngest brother Glenn French.
Judy is survived by her husband and the love of her life, Gene, loving daughter Cynde Braten, loving granddaughter Jacquelyn (Glenn) Engelhaupt and their child Stanton, first great-grandchild Wyatt, loving son and daughter-in-law Todd and Sonya Braten and their children Jaxton, Addison, and Kinsley. She is also survived by her estranged oldest daughter Tammy (Lloyd) Thiel and their children, Breanne, Katie (Micheal) Hildebrand, and Zachary. She is also survived by her brothers Larry (Toni), Jerry (Rose), Tim (Becky) sister-in-law Beth French, and many nieces and nephews.
At her request, cremation has taken place and no funeral services will be held. The family will hold a private celebration of her life at a later time. Donations in Judy’s memory may be made to the Backpack Blessing Program through the Union Presbyterian Church of Powell, or Kalif Shriner’s of Wyoming, 145 West Loucks, in Sheridan, for Wyoming children and families in need of Shriner’s Hospital for Children.
She will be greatly missed by her loving husband and family.

To send flowers to the family in memory of Judy Ann Braten, please visit our flower store.