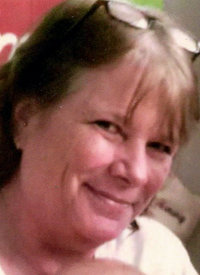 She was the daughter of Ben and Joyce Whitlock Keller. She attended school at Powell until the ninth grade.

The family moved to Hardin where she graduated from Hardin High School. She then returned to Powell where she met and married Bob Berchtold, the love of her life. They were married at the Powell Presbyterian Church by Rev. Bill Hassler.

Kandie worked at Park County Title in Cody for 15 years. She returned to Powell and worked for the Willwood Irrigation District the past five years.

She is survived by her husband Bob, daughters Lynelle and Sara, parents Ben and Joyce Keller, her brother Randal J. Keller, and two grandsons Jaxon and Andersen Berchtold.

She was preceded in death by grandparents Charley and Marguritte Whitlock, and Fred and Blanche Keller, and her brother Rodney Keller.

She enjoyed people and never met a stranger. Her first love was her family and especially her grandsons, who were the light of her life. Kandie and Bob spent many weekends camping or just going to the mountains.

Interment will be at the Powell Crown Hill Cemetery, at a later date.

To send flowers to the family in memory of Kandie Jo Berchtold, please visit our flower store.
Send a Sympathy Card