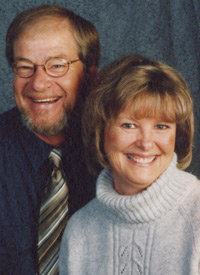 Kathy Borcher (Coughlin) passed away peacefully during the morning hours of July 29.

A longtime resident of Powell, Kathy was born in Scobey, Montana, to Richard and Elizabeth Coughlin on Nov. 23, 1951.

The only sister to eight brothers, Kathy grew up in North Dakota where she would eventually graduate high school, then move to Billings, Montana, to attend Rocky Mountain College.

She would also fall in love with a farm boy. She and Lynn married and began to make their way in the world, which led them to Powell some 40 years ago. This is where they made their home.

Simply put, Kathy’s primary hobbies were her husband, children and grandchildren. She was fiercely driven to put her family first. Rare were the evenings when she wasn’t doing something in support of them. Kathy was a wife, mother, grandmother, sister, friend, coworker, cheerleader, caregiver, chauffeur, chef, maid and encourager. She had a sharp wit and a knack for speaking her mind. She took pride in all she did and was tireless in seeing her tasks to fruition. She was the truest definition of a matriarch and will be profoundly missed.

In all she did and all she served, she longed to be held by her prince once again. That gripped her very essence. In selfishness we grieve, but in happiness we rejoice. Kathy is now at home in paradise. She is complete.

She was preceded in death by her husband Lynn Borcher, mother Elizabeth, father Richard, and brother Thomas.

Kathy also leaves behind seven brothers, two brothers-in-law, two sisters-in-laws, and a host of others too many to mention.

Per Kathy’s wishes, her family will be having a small, private memorial service. A memorial scholarship account at Big Horn Federal Savings Bank will be set up in Kathy’s name to provide tuition for a juvenile diabetes camp. Donations would be appreciated in lieu of gifts or flowers.

To send flowers to the family in memory of Kathleen (Kathy) A Borcher, please visit our flower store.
Send a Sympathy Card