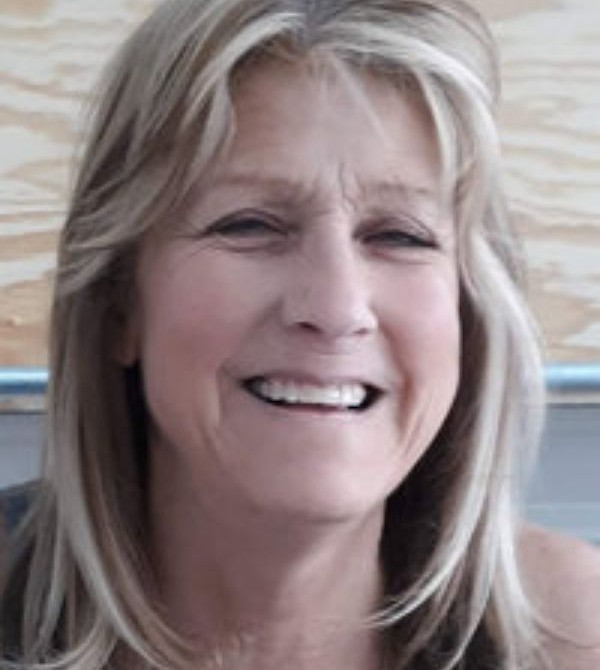 With tears in our eyes and a hole in our hearts, we relinquish Kelly Rae Johnson of her role as wife, mother, stepmother, grandmother, step-grandmother, daughter, sister, cousin, aunt, niece and friend, to a better place. She was a very gracious and loving participant in all roles God entrusted her to fulfill.

Kelly was born in Montrose, Colorado, to Cliff and Shirley Thomas, on Oct. 8, 1958. In 1959, she moved to her parents’ hometown of Powell, where she lived for the next 54 years. In 2013, she moved to Billings, Montana, for a few years. From there she moved to Lake Havasu, Arizona, and then to Pahrump, Nevada, where she resided at the time of her death on April 3, 2022.

Kelly was a gifted seamstress and cross stitcher. Her flare for decorating was impeccable. Her lifelong employment was as a dental assistant, office manager, bookkeeper, and faithful friend to Dr. Tom Jones, for whom she worked for over 30 years.

After the tragic death of her husband, Steve Oliver, Kelly was fortunate enough to meet and marry Jim Johnson. Jim and Kelly enjoyed many years of four-wheeling, motorcycling and camping. In fact, they cycled to Sturgis, South Dakota, for a bike rally and were married at The Chapel in the Hills, in Rapid City, South Dakota on 8-8-08.

Kelly was preceded in death by her first husband Steve Oliver, her stepson Wesley Johnson, her father Cliff Thomas, her son Jarred Oliver, her sister Teresa Alexander, her longtime friend and employer Dr. Tom Jones, as well as good friends, Debbie and Gary Mefford. One of her main events in Pahrump was attending a grief sharing meeting, where she had many new friends and much grief to share.

Kelly is survived by her husband Jim Johnson of Pahrump, Nevada; her son Nick (Sheryl) Oliver; her grandchildren, Dallas, Tyler, Tucker and Maykayla Oliver; and stepgranddaughter Kayleen Kysar, all of Powell; her stepgrandson John Kysar of Meadow Vista, California; her mother Shirley Thomas of Powell; her brother Darren (Julie) Thomas of Powell, her sister Sherry (Marshal) Robin, soon to be of Powell; her stepdaughters, Wendy Johnson of Montana, Amber (Dan) Flor and their two children, Karleigh and Garrett, of Rock Springs, Wyoming; a multitude of friends; and last but not least, her two faithful canine companions, Tango and Cash, who are still waiting by the door for their best friend.

Services to be held in July, a date and time to be determined, with notice to be posted in the newspaper and online at Thompson Funeral Home.

In lieu of flowers, the family would appreciate contributions to the American Diabetes Association, PO Box 7023, Merrifield, VA, 22116-7023.

To send flowers to the family in memory of Kelly Rae Johnson, please visit our flower store.
Send a Sympathy Card