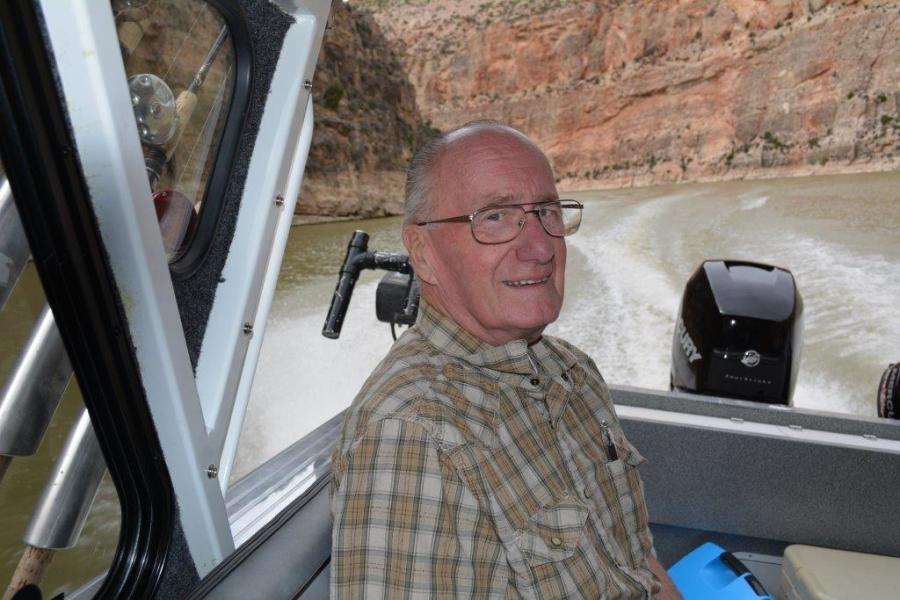 Kenneth Clarke Allen, born in Butte Montana, August 10th 1941 left us for a better place September 11th 2019, and we're pretty sure that better place is somewhere in a used car lot. He never let a good deal on a car pass him up, even if it meant hiding it from his wife, Mary for a few days to think of a good reason. To this day, we're still not quite sure how he convinced this sweet, saint of a woman to marry him in 1965, but his witty nature and love for getting a good laugh kept life entertaining. Together, they raised 4 children: 3 sons and a beautiful daughter. They were also blessed to help raise a niece (Mindy) and a nephew (Rory). Later they got 12 grandchildren out of the deal, known as the dozen of cousins. Much of his life was spent working in the oilfields, but during his time off, he chased around his kids and grandkids to check their oil or fill up their gas tank. His oilfield days brought many friends into his life; to know Kenny was to love him, and a number of friends (including those not from the oilfields) became more like family. They continued their infamous adventures, even in their retirement. Sometimes the adventures were just a trip to Costco and of course checking all the car lots on the way home.

Before the oilfields and the kids, Ken graduated from Greybull High School in 1959, and then went on to join the Marines for 4 years, stationed in Japan for 3 of them. After his military service, he attended college at the University of Wyoming, graduating in 1969 with an Economics degree. GO POKES! After college came a vast amount of traveling, playing league softball, and cheering on his family at their various events. Whether it was sports, music, barrel racing, or driving race cars, Ken loved to be in the stands.

Ken is preceded in death by his parents, Clarke and Thelma Allen, his sister Lorene Noble, and his infant grandson J.R. Scott. He is survived by his loving wife Mary Allen, his 4 children: Greg Allen (Nicole), Chris Allen (Shauna), Kevin Allen (Kelly) and Summer Scott (Luke); his sister Carol Ingrewson; and 12 grandchildren: Katie, Beth, Eric, Dawson, Isaac, Alli, McKenna, Tommy, Kenney, Chris, Larken, and Lauryn. He is survived also by Mindy Hurd and Rory Noble as well as other family and friends who loved him dearly.

Please join us to celebrate Ken’s life on Saturday, September 28th at the Powell Elks Lodge @ 3pm. Cremation has taken place and the family will get together at a later date for burial services.

To send flowers to the family in memory of Kenneth Allen, please visit our flower store.
Send a Sympathy Card