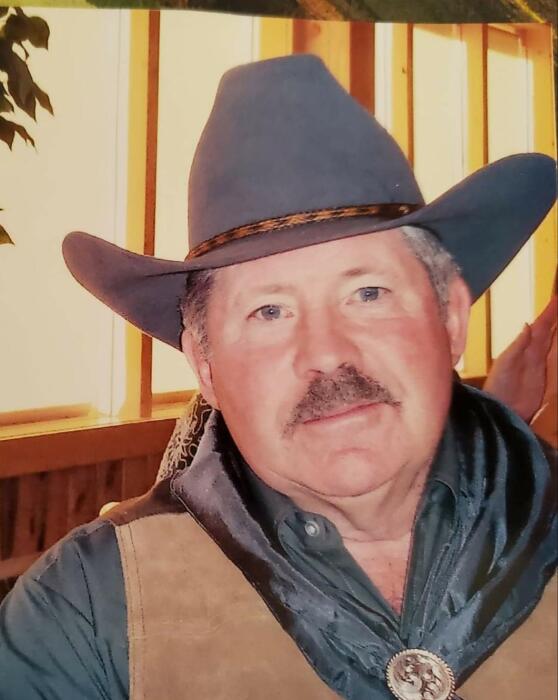 “Courage is being scared to death — and saddling up anyway.”

Ken was preceded in death by his father Gordon, mother Mildred and brother David.

On July 1,1972, in Brigham City, Utah, Ken married his sweetheart, the love of his life Sue Zann. On July 1, 1982, Ken, Sue Zann and Wendi Linn were sealed for eternity in the Logan, Utah, Temple of the Church of Jesus Christ of Latter-day Saints.

Ken was a faithful, active member of the church, had a testimony of the gospel and of Jesus Christ, fulfilled his callings and attended regularly with his family whenever circumstances allowed.

Ken wasn’t born in Wyoming but he “got here as soon as he could.” A career as a munitions specialist for the USAF for over 24 years led him and his family on many adventures (IYAAYAS). Along with spending time with his family (he was immensely proud of his grandkids), drowning a worm or shooting, he enjoyed photography (especially in and around YNP) and had a great love for the outdoors. His other passion was horses — a master farrier, trainer, and cowboy poet were just a few of his many accomplishments.

After retiring from the USAF on horseback, Ken took to driving semi and hauled explosives. After a few years he “traded explosives for fire crackers” by becoming a school bus driver. He drove school bus in Idaho and Wyoming for over 16 years, looking out for “his kids.” Ken has been a member of the Powell community for over 25 years and will leave a great void. A husband, father, “Bompa,” brother, uncle, cousin and friend will greatly be missed.

Transported via cowboy wagon including outriders, shrouded in the flag of the country he was proud to serve, Ken was laid to rest with military honors at a graveside service on Wednesday, Dec. 23, 2020, at the Crown Hill Cemetery in Powell. Bishop JJ Jeide presided over the service and dedicated the grave.

To send flowers to the family in memory of Kenneth Chrissley, please visit our flower store.
Send a Sympathy Card