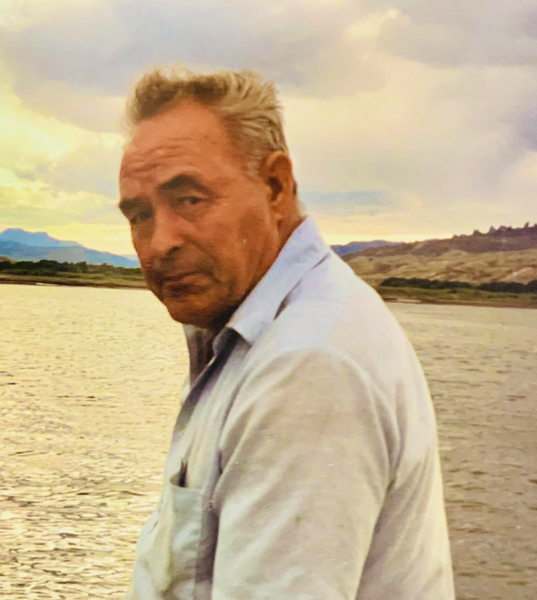 Kenneth Edwin Jones passed away on Sept. 28, 2021, at Spirit Mountain Hospice, at the age of 94.
He was born in Byron, Wyoming, on April 18, 1927, to parents, Eugene Jones and Afton Sessions Jones. His grandfather, Byron Sessions and family were the original Big Horn Basin Pioneers. He attended Byron schools and after high school he went to work helping build the relocation center.
He met his future bride, Patricia Hill, in 1948 and they were married in 1949. They had two wonderful daughters, Vicki Nicholls and Trudy Fisher, and one daughter who was stillborn. Ken dearly loved his children, grandchildren, and great-grandchildren.
He had a few jobs in his lifetime. He was self-employed as a heavy equipment operator, he helped develop the Sulfur Creek Road in Little Sunlight. He worked in the oil field for a while, but most of his working career was with Ready Mix in Powell, where he retired.
Over their 67 years of marriage, Ken and Pat were avid campers and boating enthusiasts. They enjoyed exploring the natural wonders of Wyoming and Montana. He loved fishing Flathead Lake every year during cherry season.
Ken was preceded in death by his parents, Eugene and Afton Jones, wife Patricia Jones, daughter Karen Jones, five sisters and two brothers.
He is survived by his daughters, Vicki (Norm) Nicholls and Trudy (Perry ) Fisher; three grandchildren, Casey (Jael) Fisher, Heidi (Mike) Bell and Cass (Francesca) Nicholls; and six great-grandchildren: Aubree and Cody Fisher, Libby and Kylee Bell, and Brentley and Dallas Nicholls.
Due to COVID, outdoor services will be held graveside at Crown Hill Cemetery in Powell, on Tuesday, Oct. 5, at 2 p.m.

To send flowers to the family in memory of Kenneth Edwin Jones , please visit our flower store.