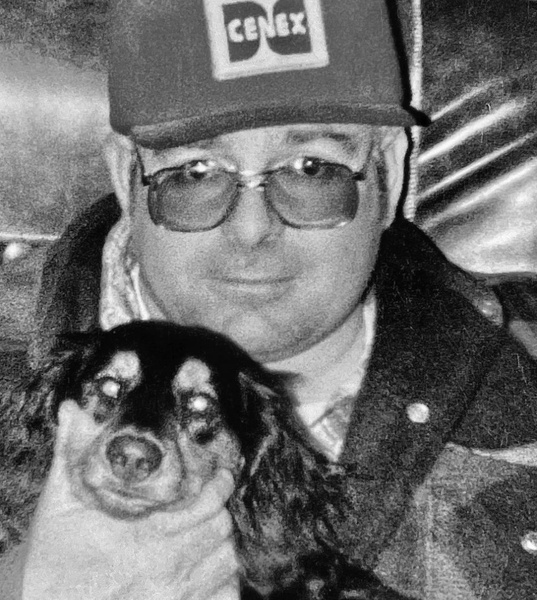 Kenny was born on March 30, 1943, to Russell Mees and Pauline Landeis Mees, in Forsyth, Montana. Kenny spent his childhood growing up as a ranch kid in the remote areas of Hysham, Rosebud and Forsyth, Montana.

Upon graduation, Kenny enlisted in the U.S. Air Force. During this time, Kenny was stationed in Texas, Hawaii and Montana. After serving his country, Kenny attended Northwest Community College in Powell, to study livestock management.

One of Kenny’s first jobs was with Prairie Breeders. Among some of the not-so-fun parts of the job, was when he landed a spot with a team that took certain breeds of bulls to livestock shows around the country. He loved the showing but didn’t necessarily enjoy other parts of the job, such as A-Iing. Kenny eventually found his way back to Powell where he worked various jobs, including managing the VFW.

In 1976, he married Sharon Roemmich and stepped up to help raise her family of five teenagers ... What a great guy he was for taking that role. What was he thinking? After 11 years of marriage, Sharon and Kenny divorced.

In 1977, Kenny became the star route mail carrier. This route included all of Willwood, Heart Mountain and Clark. As the population grew in Clark, Kenny divded the routes into two. He ran most of Heart Mountain and all of Clark, gaining fame and recognition for a job he enjoyed for 28 years.

In 1988 he met and married Lanny Andrews, and they enjoyed each other’s company for the next 32 years.

After retiring from the “Post Awful” (his words), Kenny and Lanny were able to travel a bit and enjoyed family and friends around the country.

Kenny’s hobbies included fishing, hunting, fishing, camping, fishing, gold mining, fishing and cooking. Of these hobbies, he loved to make all types of sausage and other smoked meats.

Kenny will be remembered for his quick-witted comebacks and goofy little sayings, his love of westerns — “horses--- and gun powder” as he called it — and having a beverage of your choice while spreading a little fertilizer with friends.

Kenny is survived by: JD and Terri Roemmich, John ’Whiz’ Roemmich, Tracey and Sandra Fleury, Phil ‘Again’ and Amanda Osburn, and Travis and Marianne Sanders, plus several grandchildren and great-grandchildren.

He was preceded in death by his parents, wife Lanny, daughter-in-law Mary Roemmich and grandson Quinten Roemmich.

Memorial services are planned for Friday, May 13, at 10 a.m., at Thompson Funeral Home in Powell, with burial to follow at Crown Hill Cemetery with military honors. A luncheon will follow at the American Legion.

A very heartfelt thank you to all the Powell Valley Healthcare staff, Billings Clinic Staff, Peggy Clark, Stillwater Hospice, Cedar Wood Villa and all the special neighbors and friends who helped him stay comfortable these past few months.

Kenny will be missed by many family and friends. Cheerio Ole Boy ...

To send flowers to the family in memory of Kenneth Mees, please visit our flower store.