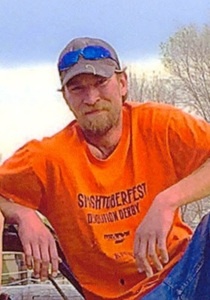 Kip Jens Heintz, 31, of Powell, Wyo. passed from this world on April 18, 2016 in Billings. Kip was born in Great Falls to Dwane and Ardyce Heintz of Chester on Jan. 15, 1985. Kip spent his first years following his grandpa, Harold Jensen, around the farm while his dad worked for the Jensens.
In 1989, the Heintz family moved to Joliet, Mont. so Dwane could attend MSU-Billings. Kip started school in Joliet and also attended school in Powell, Wyo. and Stanford.
When his parents divorced, Kip and his brother, Hans, continued to live in Joliet but spent many weekends with their dad in Powell. The two brothers moved to Powell to live with their dad full time when their mother died in March 1999.
Their dad died in Feb, 2006. The two brothers continued to live in Powell. Kip and Erika (Dickhaus) Heintz had a son on Sept. 28, 2005. Later Kip and Ericka divorced, and their son, Drake, continued to live with his father.
For the past few years, Kip and Brock Ninker began running the Prairie Grill in Crowley. They opened a second restaurant, Hansel and Gretelâ€™s, in Powell two years later.
Kip is survived by his 10-year-old son, Drake, and brother Hans. Additional survivors include his business partner, Brock (Sasha) Ninker and their children;  aunts Connie (Ted) Mathis of Belgrade, Debbi (Doug) Kramer of Three Forks, Doreen Heintz of Lewistown; uncle Dan (Marsha) Heintz of Pine Bluffs, Wyo.; and numerous cousins.
Kip was preceeded in death by his dad and mother; paternal grandparents, Marvin Heintz and Lorraine Barrick Heintz Reynolds; and his maternal grandparents, Harold and Kathryn Jensen.
A memorial service for Kip will be held at 10 a.m. on Tuesday, April 26, at the Thompson Funeral Home in Powell. A graveside service will follow. A celebration of Kipâ€™s life will then be held at H & G Bar and Grill in Powell.
Donations in memory of Kip can be to the donorâ€™s choice.

To send flowers to the family in memory of Kip Heintz, please visit our flower store.