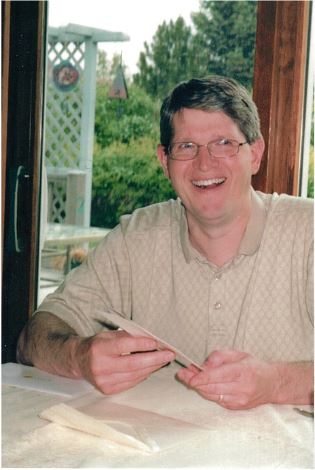 Kirk Alan Beuster died to this life on Friday, October 18, 2019. He was born June 15, 1963 to Ronald J. and Joyce L. (Jamison) Beuster in Lincoln, Nebr. and baptized into the Christian faith on June 23, 1963 at Redeemer Lutheran Church in Lincoln, Nebr. He confirmed his baptismal vows on April 3, 1977 at Trinity Lutheran Church, Lincoln, Nebr. Kirk married Carrie Vernon on August 18, 1990 in Seward, Nebr. They had three children: Ashley, Jacob and Nathaniel.

Kirk spent his childhood years in Lincoln, Nebr. attending school there through ninth grade. His parents divorced in 1973, and his mother married Larry Veland in 1976. In 1978 the family moved to Aberdeen, here Kirk graduated high school in 1981. He began his restaurant career working at a fast food restaurant in Lincoln, Nebraska just before the move to Aberdeen. He went on to manage Amigo's restaurants in Seward, Nebr. and Lincoln, Nebr. He served as area manager of Valentino's in Lincoln and eventually owned a Valentino's restaurant in Mason City, IA. After Multiple Scerlosis began to affect his working life, he and his family moved to Powell, Wyo, in 2002. He attempted to maintain his ownership of the Valentino's franchise in Mason City after the move, but it eventually became too difficult. He attended Northwest College and earned an Associate's Degree in Business. He continued working, as much as the MS would allow, with several different companies within the community, including Absoraka Door, Powell Valley Healthcare and various sales positions.

Kirk was an avid lifelong fan of Nebraska football and a sports enthusiast in general. He was an active member of Immanuel Lutheran Church serving as treasurer of the congregation at one point, singing in choir and regularly attending Bible classes. He loved his Lord and Savior Jesus Christ.

To send flowers to the family in memory of Kirk A Beuster, please visit our flower store.
Send a Sympathy Card