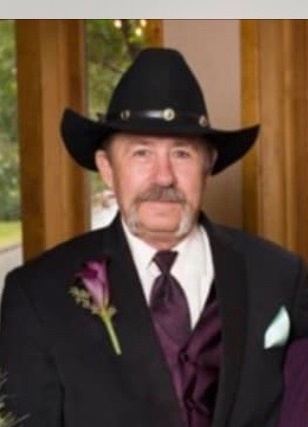 It is with deep sadness that we announce that our beloved Kirk Douglas Harshman died on November 2, 2019, at his longtime home in Clark, Wyoming, surrounded by his loving wife Carol, son Curt, daughter Carei, inlaws, and grandchildren.

Kirk was born in Fort Morgan, CO, on July 14, 1945, to Merrill Bliss Harshman and Anne Griscko. He grew up in Wiggins, CO, with his two brothers and sister on the family farm. Kirk graduated in 1963 from Wiggins High School and met the love of his life, Carol Hackenberg, shortly after graduation. They were married on September 11, 1965, and spent 54 blessed years together creating an impactful legacy that lives on in the lives of all their children, grandchildren, and great grandchildren

Kirk attended college at the University of Colorado Boulder, became a nuclear physicist, and worked at Dow Chemical, Rocky Flatts, and at Platteville Nuclear Power Plant in the Denver area. He later found his future talent as a drywaller, which he passed on to his sons Curt and Zach, and grandson Billy.

Kirk and Carol had three beautiful children, Crystal Seline, Curt Douglas, and Carei Lynn. In 1976, they exchanged the busyness of city life for uncomplicated country living and moved from Denver to Clark, WY. It was there that they welcomed their fourth child, Zachary Scott. After the death of their daughter, Crystal, in 2002, Kirk and Carol raised Crystal’s two children Blake and Clifford.

Kirk was a member of New Life Church of Powell, the NRA, and the Wyoming Weapons Collectors Club. He was an avid outdoorsman, hunter, fisherman, and distinguished poker and slot player. Kirk was a talented firearms and antique expert and made a career of buying and selling guns and antiques at gun shows. He was known as the man with the Midas Touch; he was continually creating something out of nothing. To our Papa, one man’s trash was, without a doubt, his treasure!

Kirk was an ornery jokester who loved nothing more than to spend quality time with his kids, grandkids, and great grandkids. Kirk will always be known to his family as Papa. . .the man, the myth, the legend. He will be deeply missed by all his friends and family. Thank you, Papa, for your legacy. We have been incredibly blessed.

Funeral services are planned for Friday, November 22 at 11:00 a.m. at New Life Church in Powell. A celebration of Papa’s life will follow the services at the church.

To send flowers to the family in memory of Kirk Harshman, please visit our flower store.
Send a Sympathy Card