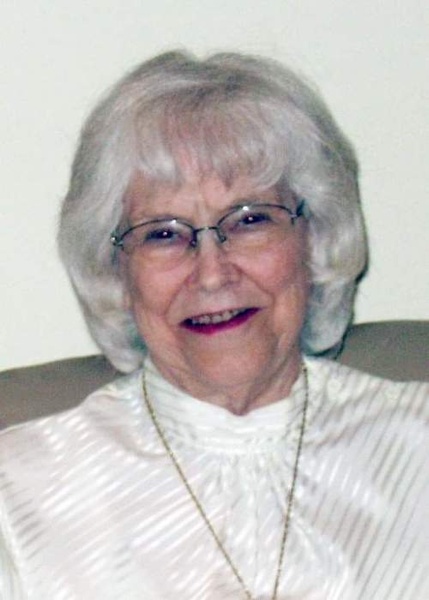 Larna “Jean” Walling died Wednesday, January 23, 2019, just 2 weeks after her 2nd stroke. She was born March 28, 1934, the 4thchild of Wesley and Elizabeth Tallant, in Knox City, Texas. She graduated as Salutatorian of her high school class. She enjoyed sewing, gardening, and canning, though she was most happy being a housewife and raising her family.

She married Randell E. Walling (Randy) on Aug 6, 1958. Together they raised 7 children in a blended family and did a mighty fine job.

Randy and Jean moved the family to Casper in 1962, then to Powell in 1965. In 1974, they took the 2 youngest daughters on a world-wide adventure with Marathon Oil overseas. They started in Pakistan and lived all over, from Ireland to Tunisia, Nigeria to Syria, and short stints in Indonesia and other countries. They returned to the US in the 80’s where they bought and retired to their little “Ranch” in Proctor, Texas. In 2005, they sold the ranch and moved to Wichita Falls, Texas, to be closer to their siblings. They lived at Rolling Meadows, a retirement community, and enjoyed friendships with many new friends there.

In 2013, they returned to Powell to be closer to their daughters, and their son Sam, back from Texas to stay close by also. Jean loved her Heart Mountain. After the shock of the first cold winter, she settled back in with old friends and making new ones.

Jean is survived by her husband, children Dick (Colleen) Walling of Oregon, Sam Walling, Freda (Jeff) Miller, Kim (Loyd) Asay Fonda, and Randi Slaughter, all of Powell, and Tammy Walling of Bozeman, Montana; 13 Grandchildren, 19 great-grandchildren, three brothers-in-law and one sister-in-law, and many dear nieces and nephews in Texas.

She was preceded in death by her parents, all three of her siblings, two brothers-in law; son Tony Walling, grandson Mike Miller, and son-in law Alan Asay.

Cremation has taken place. A family service will be held at a later date. In lieu of flowers, the family requests donations be made to the Powell Valley Care Center or to a hospice of your choice.

The family has requested that Condolences be sent to  them at  www.thompsonfuneral.net or Thompson Funeral Home at PO Box 807, Powell, WY 82435.

To send flowers to the family in memory of Larna Jean Walling, please visit our flower store.